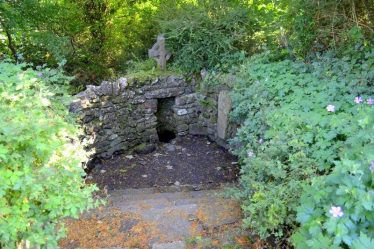 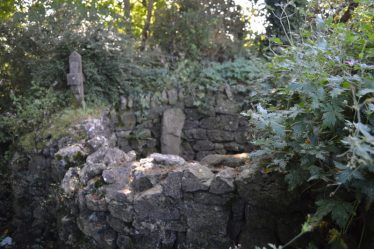 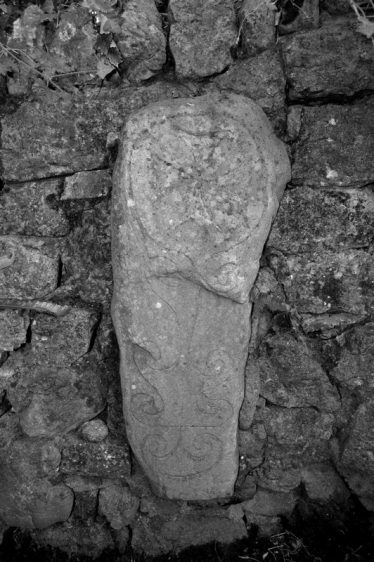 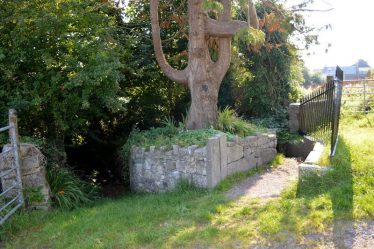 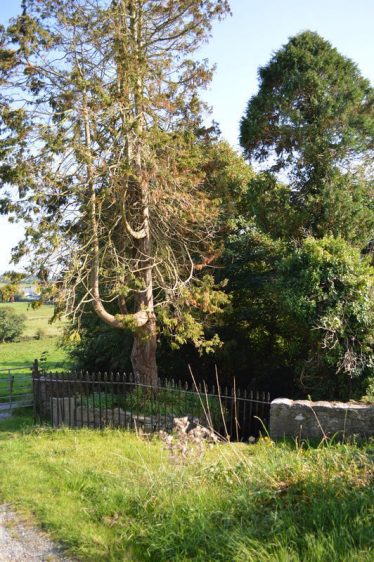 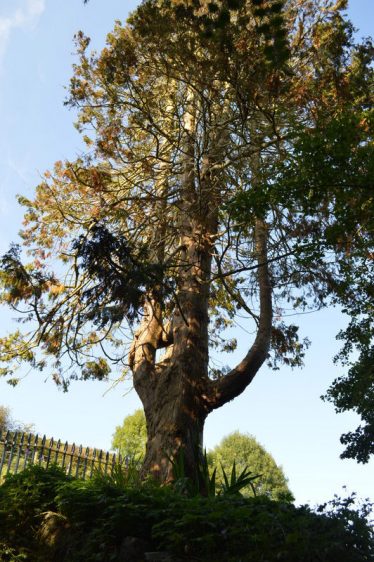 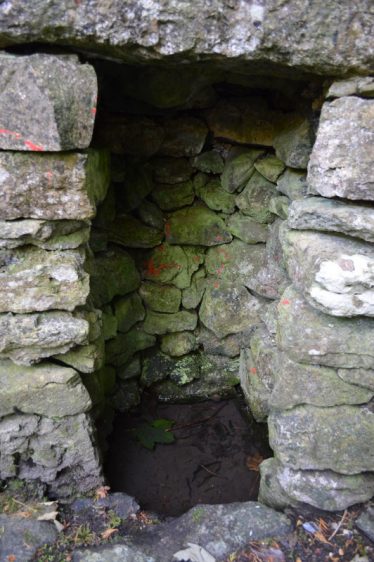 This well lies to the right of the hill on which the old Mochulla’s Church stands. It may originally have been within the ‘termonn’ or place of sanctuary, and part of the church grounds, but it is now on the opposite side of a farm track.
The well is inserted in a wall and is protected by a railing. There are stone steps leading to the well, over which is a Celtic cross. To the right of the well is an 11th-12th century inscribed cross slab.

The well is mentioned in the records of the National Folklore Schools’ Collection:

‘The blessed well at Tulla is on the side of a boreen known traditionally as Bóthar na gCorp.  It was jealously guarded by the old people in the neighbourhood and gave them a never failing supply of pure spring water.’

The well is dedicated to Saint Mochulla. Reference is made to the days of celebration at the well in the National Folklore Schools Collection:

‘Up to the year 1839 patterns were held at the principal Mochulla wells on the 23rd of March and the 23rd of June. The Saint’s Feast Day was on the 11th January ’.

A large Scots pine marks the site of the well. Lower down are a number of smaller alder and birch trees.

The well stands in the historic village of Tulla. Beside the well is the medieval Mochulla’s Church. The graves of the once principal families of the area can be found in the adjoining graveyard. The Toomeeens caves at Kiltanon House can be visited by appointment.

There are many wedge tombs in the locality, referenced in the ‘Survey of Megalithic Tombs in Ireland’ by Ruaidhri de Valera and Seán Ó Nualláin.

‘Blessed wells – fifteen in number – geographically distributed over East Clare – bear the name Tobar Mochulla. Six of these are in the parish of Tulla and occupy positions to the east, west north and south of the Hill. They are to be found at Tulla, immediately at the base of the Saint’s rampart and in the townlands of Fortanne, Drimleague (Miltown), Cragg, Laharden and Kilgorey. His other wells are at Loughraney, Lough Brighid, Broadford, Clonsheera (near Trough) Ralahine, Rath ( Ráth) (Sixmilebridge) Kilnoe, and Cappavilla.

Tulla parish is the site of Saint Mary’s Church, previously Saint Mochulla’s and perhaps dedicated to the Twelve Apostles at an earlier time. Tulla village was originally known as ‘Tulach na nAspal’, the Hill of the Apostles, until some time after Saint Mochulla’s death.
Saint Mochulla was founder of the first church on the site, and legend has it that the hill was overgrown with trees and shrubs. Mochulla cleared these away with his own hands and laid the foundation of his church. A terraced platform and rampart was raised around the church  at his request by his converts.