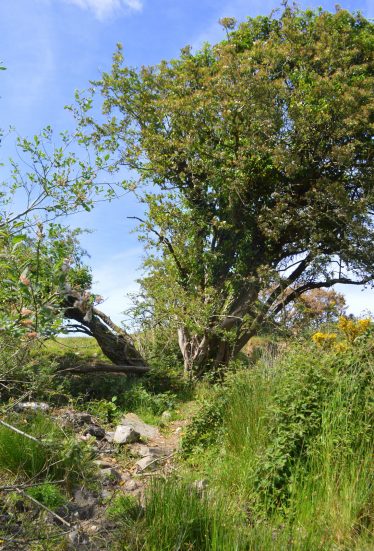 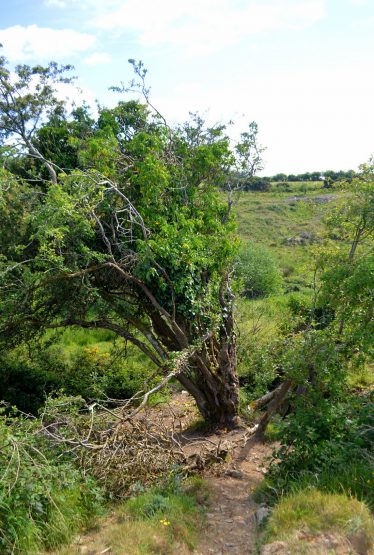 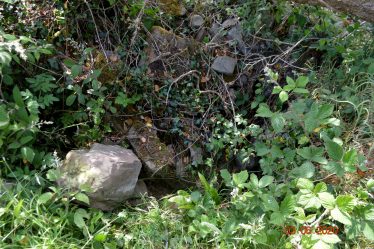 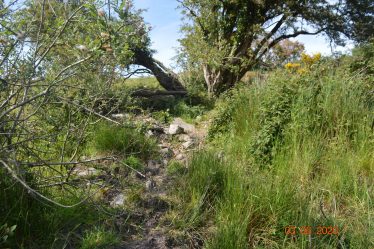 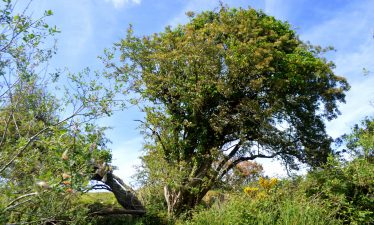 The townland name is most likely drawn from Senan or Seanáin.

The well stands in a small alcove surrounded by a stone wall. The spring is marked by a collection of rough stones. The well is now dry, although there are signs of dampness within the well site. The well was once very fine.

The cult of Saint Senan is found throughout West Clare. This area was once the lands of the Corca Baiscinn tribe, of which Senan was a member. His feast day is 8th March and is still observed at many well sites. This well may not have been visited for some time.

There is an ancient hawthorn tree standing over the well, which is most likely the well’s companion tree.

Kilmihil Village is a few kilometres from the holy well site. Knockalough Lake is nearby which features a very fine example of a crannóg.

‘There is a Blessed well in Shyan that is called after  St. Senan. It is in George Sullivan’s land. The people usually say one Our Father and ten Hail Mary’s or the Rosary.

There is an old story told about it:- there was a big serpent in Scattery Island near Kilrush and everyone was afraid to go near him as he was sure to kill them. He was afraid of no one only St. Senan, so St. Senan drove him up to Doolough lake. On his way he saw this well and he knelt down on a flag to take a drink and the serpent also laid down to Take a rest and when each of them arose they left a mark after them. St. Senan left the print of his two knees on the stone on which he knelt. The serpent left a hole on the ground on which he laid. That is how the well got Blessed. There are many rosary beads and crosses left after those that came there. There is a flag over the well and on that these are left’.