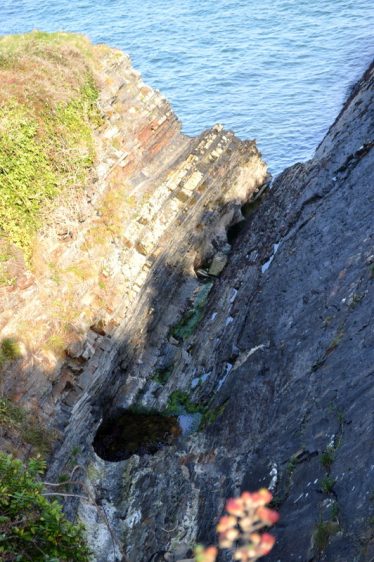 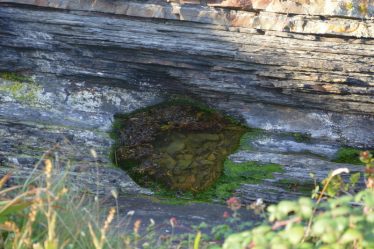 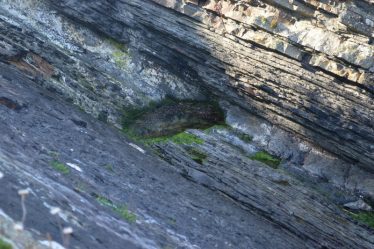 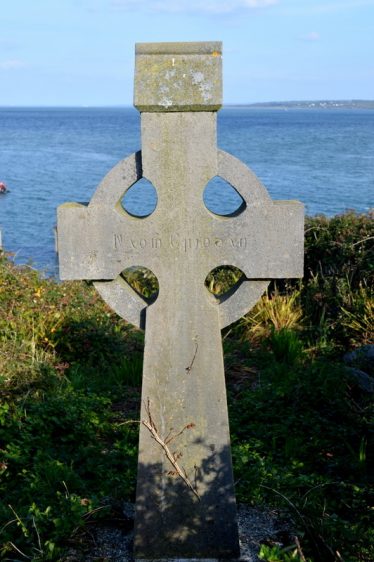 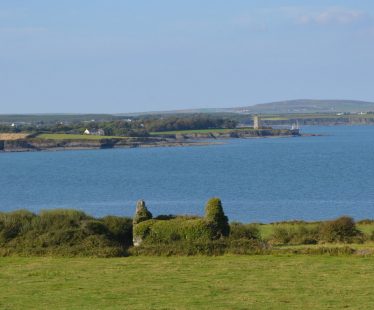 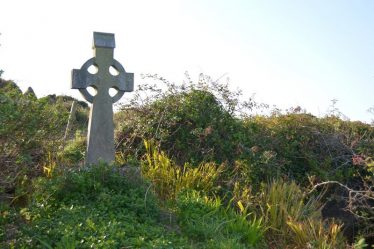 This holy well is located close to the shore, not far from the village of Carrigaholt and past the turn-off for O’Curry Irish College. The well is a fresh water spring in a rock pool above the tide. About 60 metres from the well, a Napoleonic Battery can be seen. There is a small Celtic cross above the well site. Getting down to the spring is not easy. In the past a rope helped pilgrims to reach the well.

Creadane is the saint that this holy well takes its name from. However no trace of a Saint Creadane is to be found in historical or folklore records. Historians seem to agree that the name is a corruption of Caradan, a disciple of Senan who became Coradán, and later Creadane. This well was considered to hold powerful cures in the 19th century and was said to be very effective in helping sickly children.

John O’ Donovan, writing in 1839 for the Ordnance Survey, stated:

‘the fresh water Holy Well of St. Cradaun, ranking among the most popular wells in Ireland for the cure of all diseases, but more especially diseases of the eyes and limbs’

‘There is a large heap of small stones and pebbles on the bank above, deposited there by the votaries while performing the Turras’.

People flocked to this site in the summers of the 19th century, sometimes spending days at the well. Today there is no sign of any pilgrimage activity or remaining votive offerings.

The well is fed from a spring that seeps through the rocks and maintains a constant water level. During rough weather and high tides the well can collect sea water but this is quickly ejected by the spring.

The village of Carrigaholt, with fishing and the McMahon Tower House are a 10 minute drive away. To the north lies Loop Head Lighthouse and a magnificent seascape.

Tober Creadane is one of at least three wells close to the shore line in West Clare. The others are Rinemackaderrrig in Carrigaholt and Kilclogher, near Kilbaha.

Credane may have been a sibling of Cuan, whose holy well is in Kilbaha and Croney who has a well dedicated to him near Carrigaholt.

‘The well is sunk in the solid rock and is overflown by the salt sea at every full tide but the moment the tide recedes the water in the well is as pure and fresh as ever. There is a small cave or recess in the cliff behind it in which people are in the habit of spending whole nights in prayer in fulfillment of vows made in times of danger from sickness, drowning, etc’.