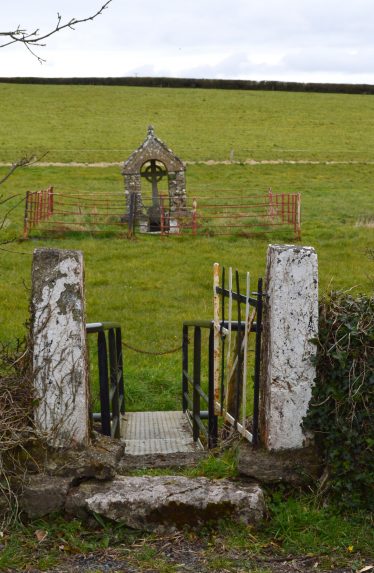 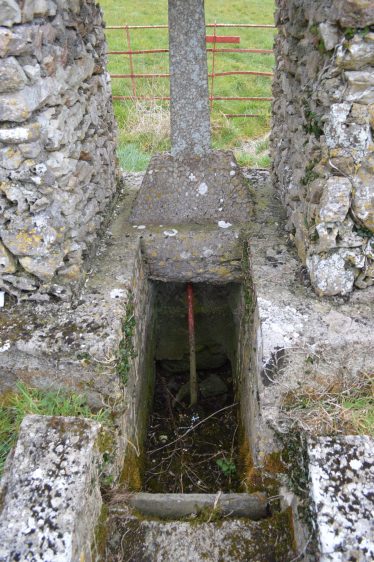 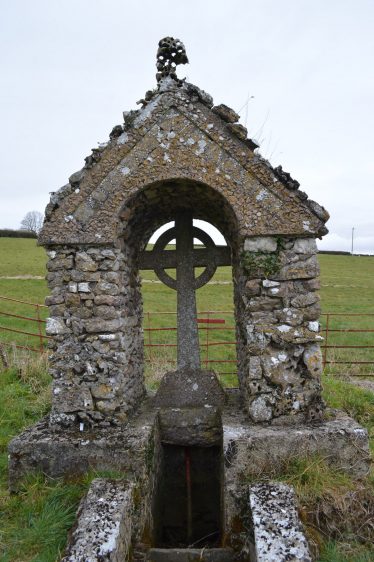 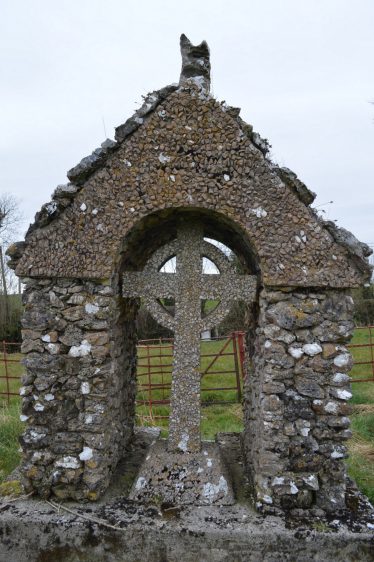 This well is situated on the west side of the L3156 road, approximately 2 kilometres south-west of Newmarket-on-Fergus village. The well lies about 50 metres in to the field. The well site is protected by an iron railing. The well is decorated with a once fine arch and Celtic cross. These have aged badly. A small crucifix in white marble chips and the name of the saint are embedded in the plaster work of the well covering. At the top of the well structure is a feature which has been weathered over the years. The well looks as if it is no longer active.

The patron saint of the well is Mac Laoghaire or Maleery, to whom the parish is dedicated.

While the feast day of Mac Laoghaire is no longer known, John O’Donovan, writing for the Ordnance Survey in the 1830s, noted that the well was mostly frequented on Saturdays. The well site had been renewed not long before this, but other Ordnance Survey records note:
‘The Saint’s festival is not now celebrated  nor his day at all remembered, nor is his name in the Calendar’.

The National Folklore Schools Collection records a local informant’s memories of the site in the 1930s:

‘There is no local knowledge as far as the writer can ascertain about the date of the Annual Pattern. It is most frequently visited on Sundays and days of special devotion. It is frequented in particular for the cure of eyes ,or defective vision or any ocular ailment. No rounds are performed or set prayers prescribed. This is a matter for the pilgrim. The water is drunk and is also applied to the eyes’.

The well lies in what is now a grazing field, with no remaining foliage. There were some whitethorns and a large ash tree at the site in the past but these have been removed. There appears to be land reclamation in the area. The well is now dry.

In the immediate area are the ruins of Cill Mac Laoghaire church. Continuing on the local road past the well site will take the visitor to the banks of the Shannon and a fine view of the estuary islands.

Carrigeery House and restaurant are on the road to the river.