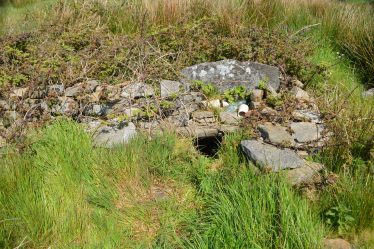 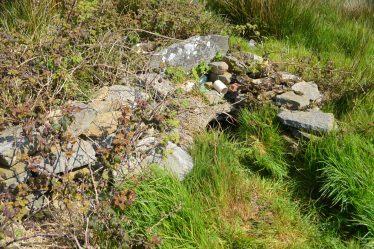 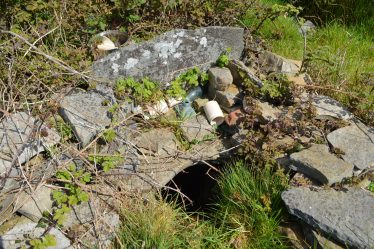 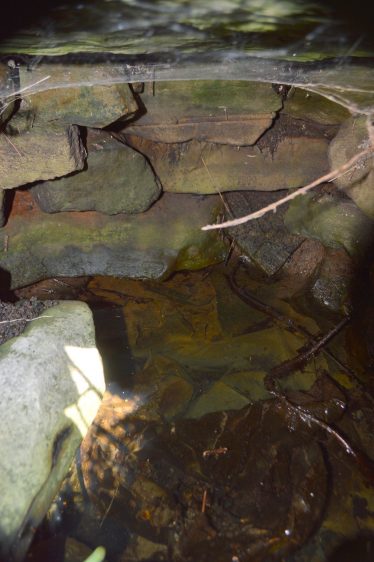 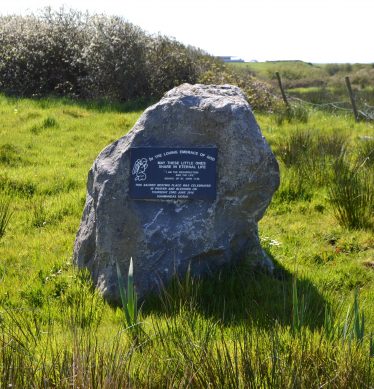 The holy well is a cluster of stones with a stone shelf over the well and a small access to the spring which is still present. There was some crockery at the well at the time of the research visit and what looked like the base of a small metal crucifix. In the same field is a cillín, a burial ground on unconsecrated earth.

This holy well is named ‘Tobar Eoin’ after Saint John the Baptist, whose feast day is 23rd June.

The site is beside a small local river. It is mostly rough ground, with rushes present in the field. The area was restored in 2016, possibly in honour of the cillín but has fallen out of use again

The coast is a short drive from the well site. Miltown Malbay is a little north, where food and accommodation is available in season.

There are the remains of an old church and graveyard known as Killone (Cill Eoin) in the same location as the holy well. It lies on the Tromra West side of the local road leading from the shore.

‘Trumra Castle stands on its west boundary in good preservation and a holy well called Tubberowen…a burial ground called Garronaskeagh. There is an old castle on the boundary of this townland and Trummera Middle called Trummera Castle…a point called Corrignoula, a small lough nearly drained called Loughnacurragh, a fort called Pounthabawn nearly defaced – a rock in the sea opposite this townland called Carrignoulan’