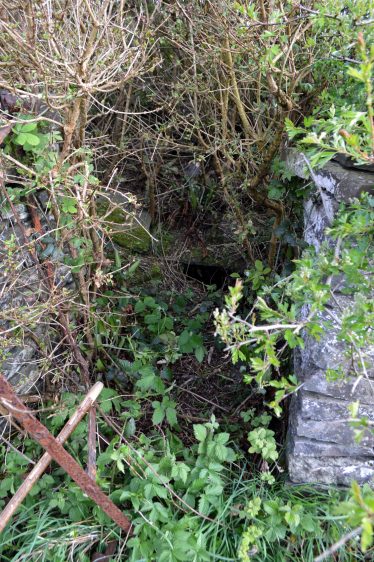 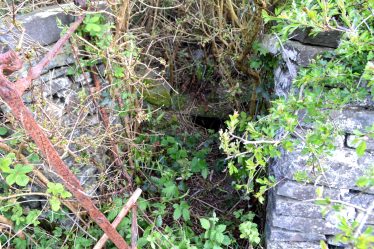 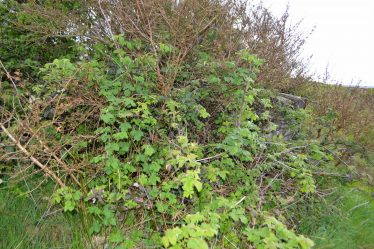 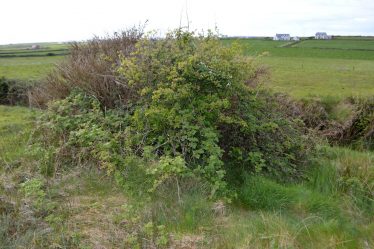 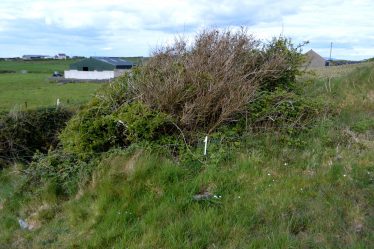 The townland name, Cloon na gCarnán translates as ‘The Lawn or the Meadow of the (Stone) Heaps or Mounds’.

This well lies on a farm several hundred metres from the road. It is located in the corner of a grazing field with a protective wall and gate surrounding it. A large clump of bushes now enclose the well.

This well is dedicated to Saint Brendan who is also associated with Ardfert in Kerry and Clonfert in Galway. His cult once extended along the western seaboard as far north as Sligo. Holy Wells dedicated to Saint Brendan can also be found in West and North Clare. Brendan is an anglicized version of Bréanainn, the Gaeilic name of the Saint. His feast day is 16th March.

The well is located in the corner of a grazing field. A large clump of bushes surround the well site. The field has few trees and is sloped towards the well.

‘There is a Holy Well in the Townland of Cluain-na-gCarnán dedicated to St. Breanain, and called here corruptly Tobbar-Breanaill, to which people still resort for the cure of soreness of the eyes.’