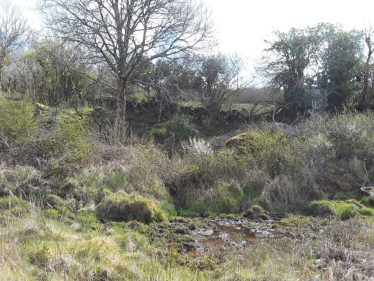 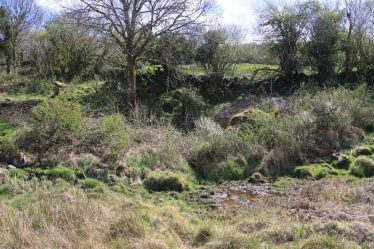 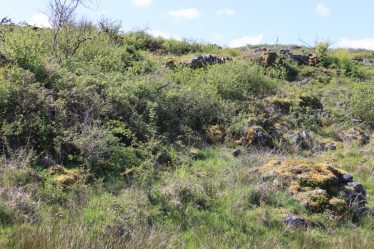 Glensleade, from the Irish ‘Gleann Slaod’, translated as ‘The Layered Valley’.

This holy well is located less than 1 kilometre east of the R480. A penitential station is recorded in the Record of Monuments and Places database (RMP number CL 005 – 126002). It is mapped as being alongside the well, but there is no reference to this station in historical sources. The well is mentioned by Eugene O’Curry  in the Ordnance Survey Letters in 1839, but he does not make reference to a penitential station.
Tobar Cholmáin Bháire, which is said to hold a cure for the eyes, is in the same townland just 500 metres north of this well.

Ordnance Survey Letters, 1839:
‘In the same valley (Glensleade), there is another Holy Well dedicated to St. Innyee or Inghean Bhaoith (the daughter of Boetius) the great Patroness of the Dalcassians, whose memory was annually revered in various parts of the County on the 29th of December.

Lelia Doolan writes that this well is said to hold a cure for warts.

A local informant told of an incident at the holy well – two local boys robbed some of the coins which had been left as offerings at Toberineenboy. The next day the boys were both afflicted with warts. It would appear that not only were devotees obliged to leave an offering as part of the well ritual, but also on no account should anyone remove the depositions of devotees! This incident is believed to have taken place in the 1950s and would suggest that the well was still being visited at this time.

McMahon, M 2013, The Parish of Corofin: A Historical Profile, published by Author