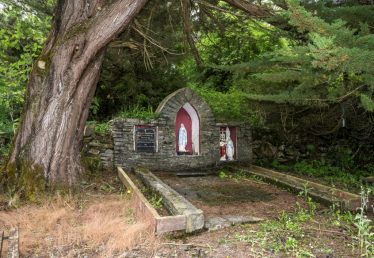 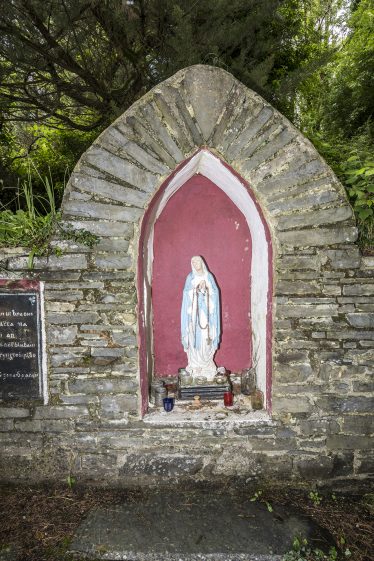 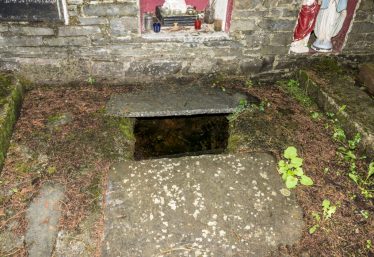 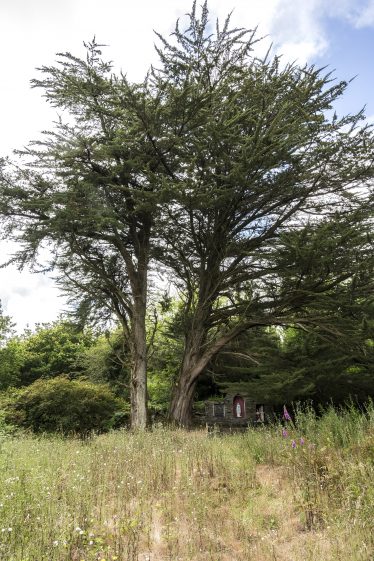 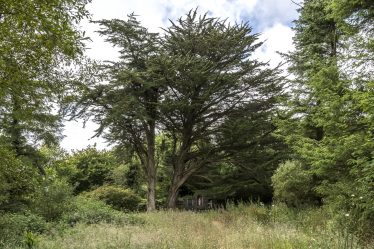 Local folklore tells that the townland is named after Tumper, a giant-sized Viking chieftain who is buried locally.

The well lies approximately 1.5 kilometres north of Kilmihil village. It is a short walk from the L2084 road.  A statue of the Blessed Virgin Mary takes centre stage at the well, with a smaller statue of Christ to the right. The well lies in front of the statue wall. A plaque on the left commemorates Seán Uí Braoin, aged 21, who died in the fight for Irish independence. The last line on the plaque reads ‘Ar deis laimh Dé go raibh a anam’. Some beads had been placed on the statue of the Blessed Virgin Mary.

The well is known locally as ‘Tobar Rí an Domhnaigh’, the ‘Well of the King of Sunday’, making it a well dedicated to Christ.  As with many wells dedicated to Christ there is no specific pattern date. People typically visit on Sundays. Prayers recited at the well are chosen by the individual visitor, with the Rosary being a favourite.

The area in front of the well is smooth and free of foliage. Behind the well is a hedge with typical medium sized trees. To the left of the well are some old conifers whose branches offer shade at the well.

The well lies less than two miles from Kilmihil Village where very fine example of a holy well can be found. There is also a large statue of Saint Michael and outdoor Stations of the Cross. A little south is the lovely lake of Knockalough where a ruined castle on a ‘crannóg’ or man-made island can be found.

‘In the Townland of Kiltoomper in this Parish there is another Holy Well dedicated to the King of the Sabbath called Tobar Righ an Domhnaigh, at which Stations are performed on every Sunday’.