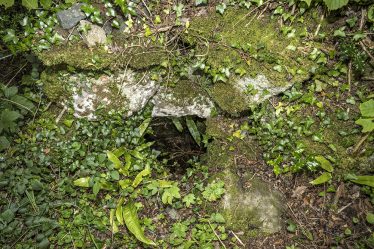 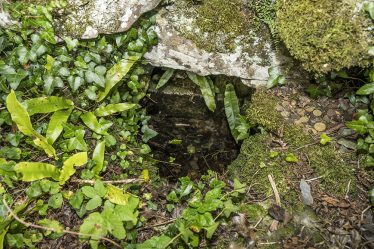 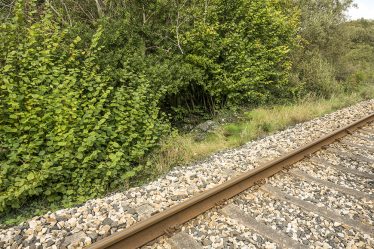 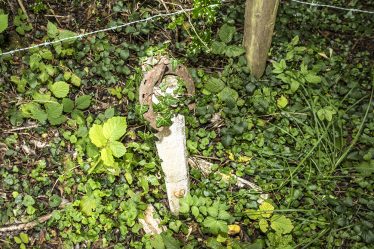 This well is located in a small opening beside the Ennis-Galway railway line close to the little railway bridge.

Colmán Mac Duagh was born a few kilometres north of the well location at Kiltartan in 560 AD. He was of royal lineage. Two dates are offered for Mac Duagh’s feast day. In his hermitage at Kinallia in the Burren, the traditional date of celebration was 31st July, the last day of summer. More commonly, the feast day of Mac Duagh is celebrated on 3rd February.

The well at Tobermacduagh was said to have strong curative powers, and people would traditionally take water from the well home with them. Mac Duagh (sometimes spelled Mac Duach), had his principal monastery south-west of the town of Gort, at his ‘cathair’ or settlement at Kilmacduagh.

Alder, hazel and a holly tree are present at the well. A small stream lies immediately to the south of the well but is not connected to it.

Crusheen (Croisín) Village is within 2 kilometres of the well. The Burren lies to the north west and Gort Town is approximately 18 kilometres north of the well site.

The 7th century Colmán Mac Duagh is remembered as an ascetic, meaning he practiced extreme self discipline. He spent many years fasting and praying at his retreat in Kinallia.

With the help of King Guaire, he moved his mission to modern day Kilmacduagh, 6 kilometres south-west of Gort.  The monastery at Kilmacduagh was renovated in the 12th century by the local ruling dynasty of Uí Fiachrach Aidhne and again in the 13th century by the Augustinian Order. It is a very fine example of an Irish monastic settlement.