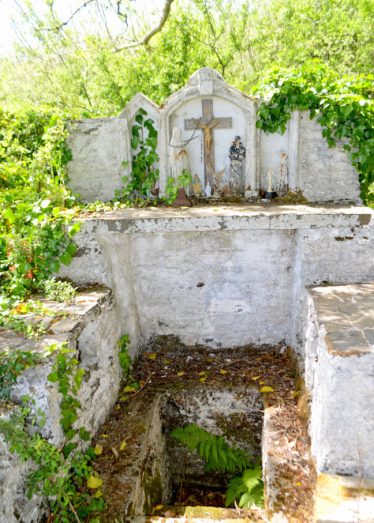 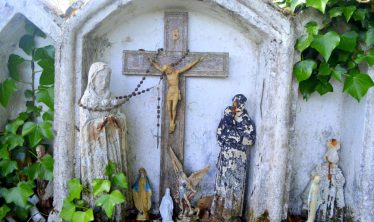 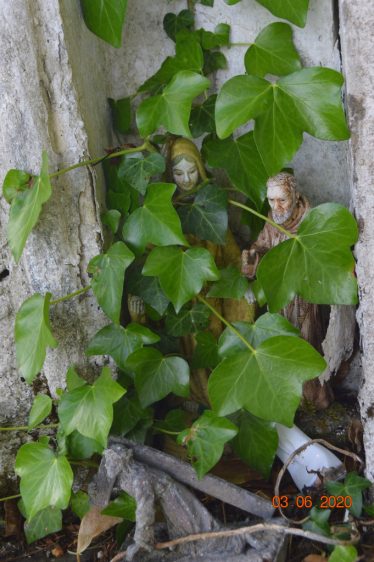 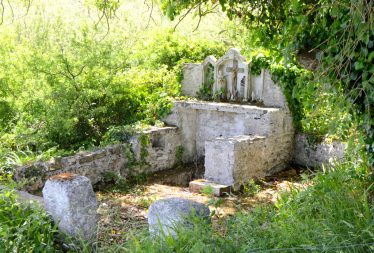 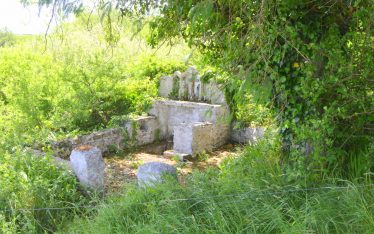 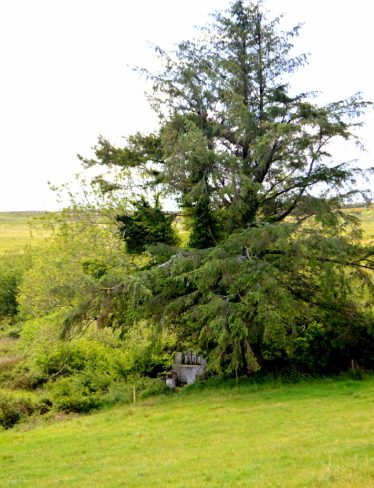 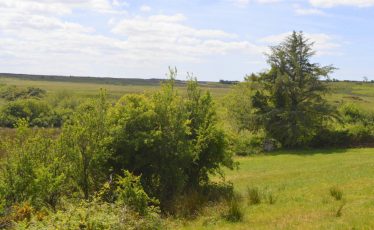 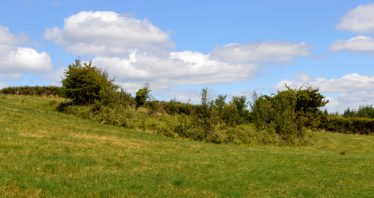 Saint Ruth’s Well is situated close to the cillín in Cill Ruadh. The well is in the corner of a grazing field beside a stream with trees behind. The well has a surrounding wall and floor with a gate to secure the entrance. The structure is painted white. The cillín, a burial ground on unconsecrated earth, is located in the field inside what appears to be in a ringfort. Burials took place at the cillín until roughly 60 or 70 years ago.

This well may be one of the most recent provenance in Clare. Local historians tell that the well was discovered in living memory. The people who discovered the well dreamt about the place, which led them to the spot near the stream. They discovered the spring water and after this people began to visit the well & pray. A local man from Furroor Upper was said to have his sight restored after visiting the well.

‘People came to this well on holy days and did five long rounds and five short. Money was left for candles and pictures.’

Locals remember people visiting this well on holy days of obligation. They came across the bog from north and west Frure. One local man’s father used to put down planks and stepping stones to help pilgrims cross over the river. He also remembers candles being lit on St John’s night.  Photographs taken in the last 10-15 years indicate that well visitations fell away fairly recently

The well is on low marginal ground. A tall evergreen tree behind the well marks the site.

Lissycasey village is nearby. The river Shannon is a few miles away and a 20 minute drive will take visitors to the Atlantic coast at Kilrush.

‘A woman in Frure dreamt three nights in succession that if she dug in a certain part of her land she would find a well. Accompanied by a few neighbours she went in search of the well. After a short time digging, the water gushed up with force and hit the man full in the face. They then continued digging until a deep well was made. The neighbours went home but the woman remained to fix the well. She knelt beside it to pray and as she was praying a woman dressed in grey appeared to her. She walked around a portion of the field with her before she disappeared. This was how the round originated’.

Hester, M ‘The Holy Wells of Ballynacally and Lissycasey’, The Other Clare, vol.39, pp 74-77.
View at Clare County Library Website

(The RMP number is recent and may not be fully processed).