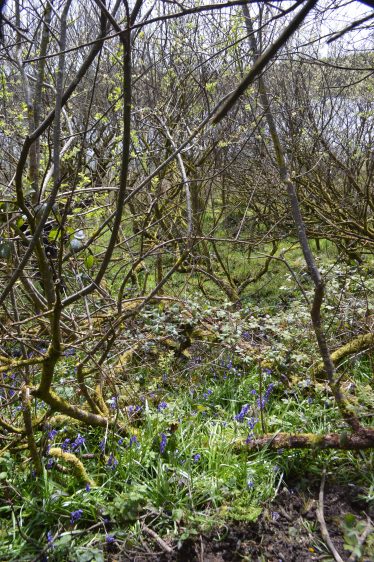 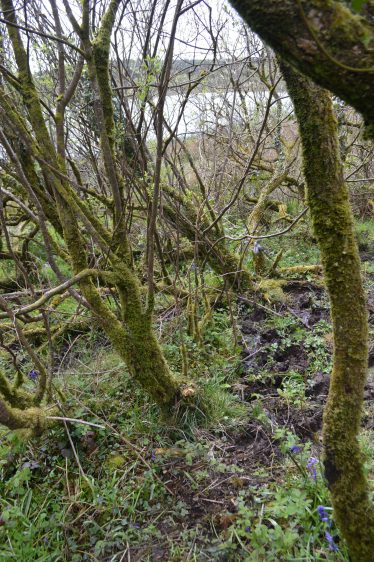 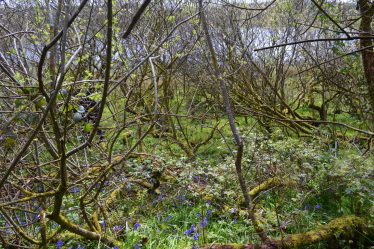 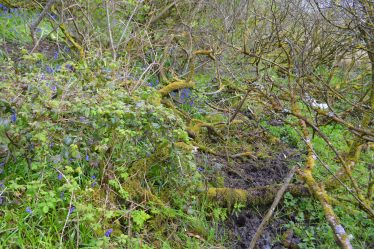 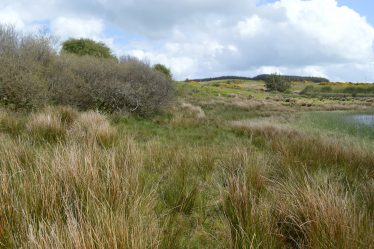 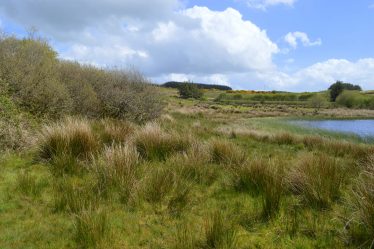 The townland name Ballynagonnaghtagh may come from Baile na g-Connachtach, ‘town of the Connaughtmen’. It was also once known as ‘Droim an Crann Beag’, the Ridge of the Little Tree’

The well is indicated as being on the north-west shore of Lake Eenagh. Nothing remains of the well. There is a track from the local road to the site of the well which then continues on as a farm track. This may have been the track used in the past to bring the cattle to the lake for healing. There is a grove of thorn trees growing on very damp ground and this most likely marks the site of the well.

Though no trace of Tobereenagh Holy Well remains, the general area is still identifiable as wet ground, with blackthorns providing shelter for animals. Perhaps one of the blackthorns trees still present is an ancestor of the tree that pilgrims visited when praying at the well in the 19th century? Today the well, the tree and the lake as sources of healing have been out of use for generations and appear to be forgotten by locals.

As one might expect to find near a lake, the ground is heavy and wet, with many rushes. The well is set back from the lake, suggesting a separate water source for the spring.

Ennis and Ennistymon are the nearest towns to the holy well site and offer food and shopping.

‘There is a small lake between Baile na gConnachtach and Ballyashee Townlands called Loch Iona into which the peasantry drive sick cattle on Mondays and Thursdays for the recovery of their health. There is a thorn-tree growing on its bank of which the bark is bitten to cure the toothache, while a Station is performed at the Little Well (Tobar Iona) under it’