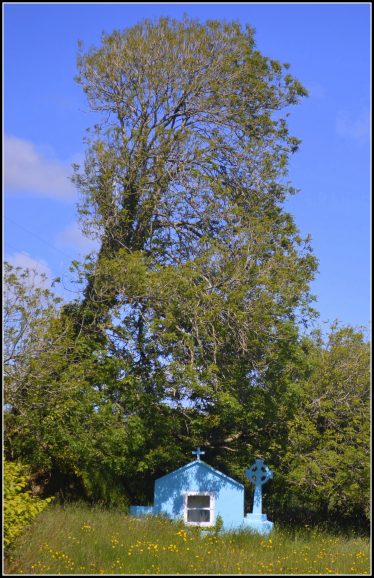 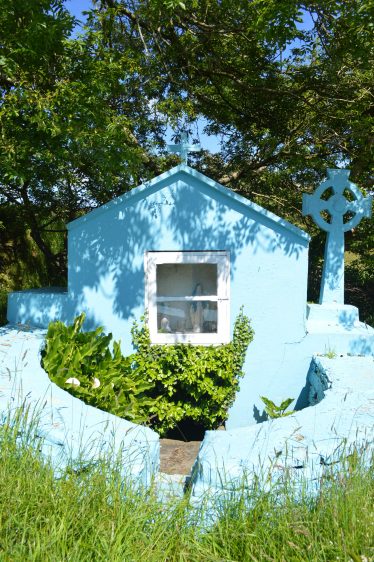 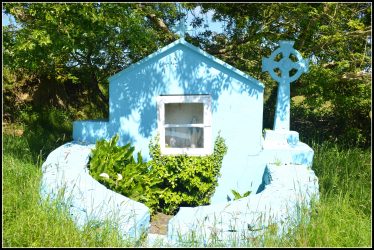 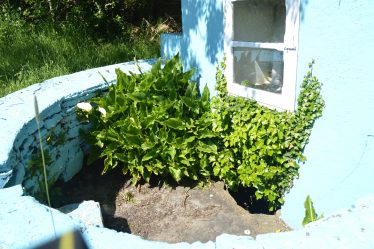 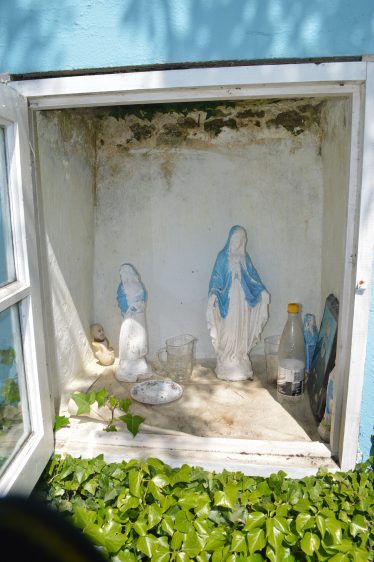 This holy well is in a field directly to the east of the R483 road, about two kilometres from Cooraclare village. It is visible from the road and consists of a small grotto enclosure containing a statue of the Blessed Virgin Mary. The well is in front, surrounded by a low wall. To the right is a moulded Celtic Cross. At the time of the research visit, the  structure was freshly painted in a soft blue colour. On previous visits it had been a range of colours. There were some votive offerings present , though not recent. The well is excellently maintained.

Saint Margaret, known as Margaret of Antioch was martyred in 304 AD. Her cult grew in Europe with the return of the Crusaders. She is recognized as a saint by the Roman Catholic Church, and is listed as such in the Roman Martyrology, with a feast day falling on 20th July. The 20th July is a special day fixed for doing ’rounds’ at this holy well, but visits are made during May, July and August.

Records in the National Folklore Collection make reference to rounds performed at the well:

For cure of sore eyes. Two rounds are performed, staring at front of well and proceeding in a north easterly direction, while going round the 5 decades are completed on the beads each time.
Most efficacious for sore eyes. Water applied- drunk and carried away.
Medals, statues and coppers. All people give offerings according to their own wishes.
There are arches in the well into which offerings are placed.
There is a picture of St. Margaret affixed to a tree beside the well, only on the special feast day for doing rounds. It is then removed.
Two miracles are reported as having taken place there. (1) Sight restored to a blind man. (2) A child who was dumb spoke after doing “rounds” there.
The pattern here was never suppressed and the well has been there since the Cromwellian Plantation’.

A very fine and very tall ash tree marks the holy well site. Some ferns and ivy were growing close to the well at the time of the visit. Behind the well were several mature evergreens. In early June the field had not yet been mowed and was filled with meadow buttercups,

The well is close to Cooraclare village where food and accommodation can be found. The hotel and golf course at Doonbeg are nearby.