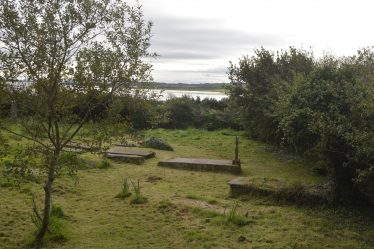 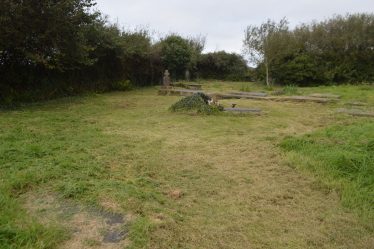 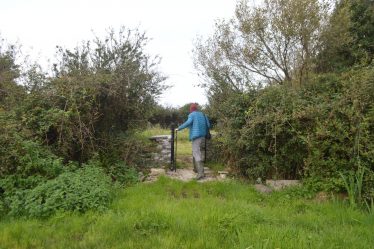 This well is indicated as lying close to the old Killbeg Cemetery in the field that surrounds the graveyard. It was said to be in an area of the field a little to the north east, against a hedge. However, at the time of the research visit no trace of the well could be found.

The name of the well may mean ‘The Well of the Golden (Haired) Women’ or perhaps more likely ‘The Well of the Prayerful Women’. Ór in Irish can mean gold, or to pray. There is an entry on Tobernamanorha well in the National Folklore Schools’ Collection which makes reference to three holy women killed during Penal times for their faith.
(See additional information for full account).

The Ordnance Survey Letters, 1839, also include a reference to the well at Tobernamanorha:

‘There is a Holy Well here called Tobar-na-mBan-Ortha at which Stations continue to be performed, but on no particular day.’

The location of the well is in a typical grazing field, with hedges and medium sized hedge trees. The terrain where the well is presumed to be is heavy and wet underfoot.

The Shannon Estuary at Poulnasherry Bay is very close to the townland.
Kilrush Town is a 15 minute journey by car.

Entry on Tobernamanorha in the National Folklore Schools Collection, 1937:

This story was told to me by
Patrick O’Dea, Banmore, Lisdeen.
Age 60 years.
It was told to him by his mother who is nearly 100 years.
William Carey, Moyasta, Age 14 years.’