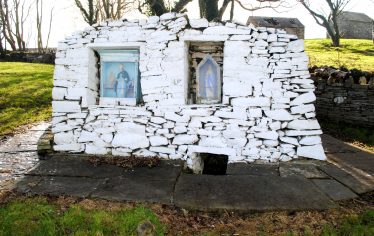 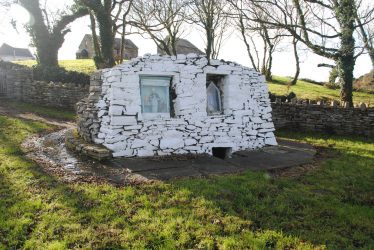 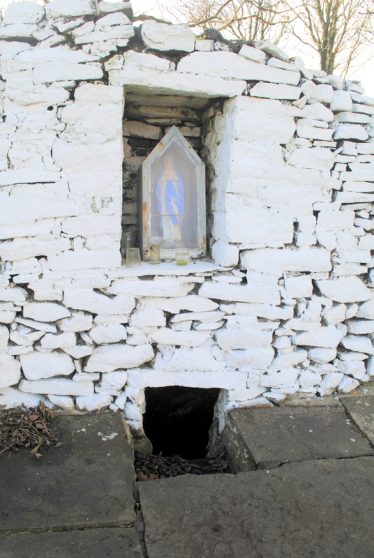 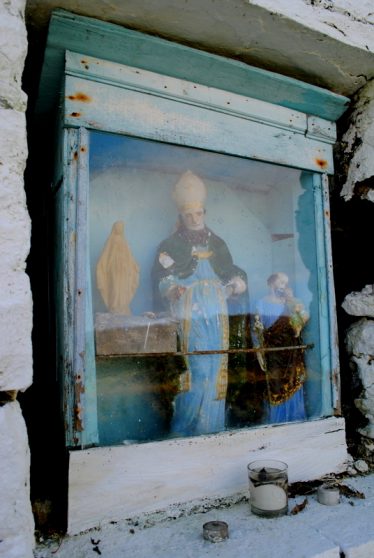 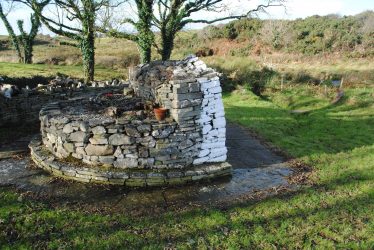 This holy well stands in the grounds of a private house, to the south-east of the Abbey of Mary and St. Augustine. The well is accommodated in a wall-like structure and appears to hold water in all seasons. Two recesses here contain domestic statues of Saint Augustine and the Blessed Virgin Mary. It was freshly lime-washed and the area was excellently maintained at the time of the research visit.

The feast day of Saint Augustine is 28th August. The pattern tradition continues here, as it does at Saint Augustine’s Well at Garrynagry, Kilmihil. The Augustinian Order had a strong presence in the area for centuries which only faded after the Reformation in the 16th century.

The well once had an important companion tree that died, most likely as a result of old age. It has not been replaced. South of the holy well on slightly lower ground is a stream which is probably fed from the overflow of the well spring.

Kilshanny Village and restaurant are nearby. Ennistymon Town is approximately 5 kilometres south of the well site.

Mention is made in historical records of a Saint Cuana of Kilchuana, also known as Kilshanny. He is said to have died in 650 AD, and his bell is still preserved. A symbol of his bell may be seen on a grave-slab at Killinaboy Church.