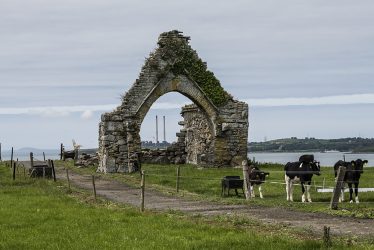 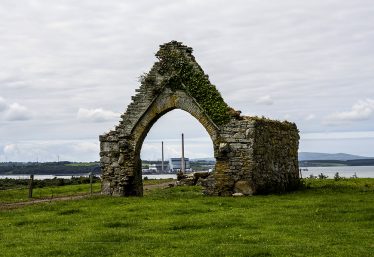 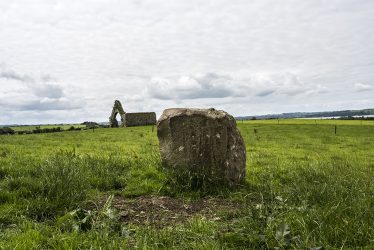 This well, once associated with the church at Kilkerin, is no longer present. However part of the church remains. Records in the Ordnance Survey Letters, 1839, note:
‘In the Townland of Kilkereen in this Parish (Kilofin) are the ruins of a small Church of great antiquity from which the Townland has derived its name. It seems to have been originally divided into nave and choir, but the latter has entirely disappeared, as have all the windows and doorway’

Ordnance Survey Letters, 1839:
‘There is no graveyard attached to this old Church, which is another proof of extreme antiquity.
About half a furlong to the east of the Church is shewn St. Kereen’s Altar (Altóir Chéirín), but all the stones have been removed with the exception of two, one of which has a cross sculptured on it. The festival of St. Kereen is not celebrated in the Parish and his day is forgotten. Who was he? ‘

The site where the well and church ruins are located is within a private farm, most of which is given over to pastureland. The original site of the well was on the opposite side of the road to the farm, until it disappeared.

The holy well sits within the Shannon Estuary catchment area, with many historical, cultural and archeological buildings nearby, including Scattery Island, near Kilrush.

The religious practices which were carried out at Kilkerin now take place at the abovementioned Saint Kieran’s Holy Well, Mountshannon East.