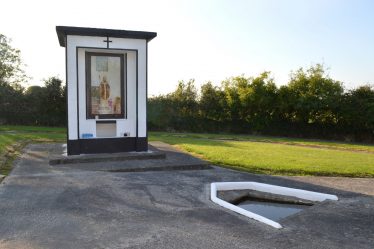 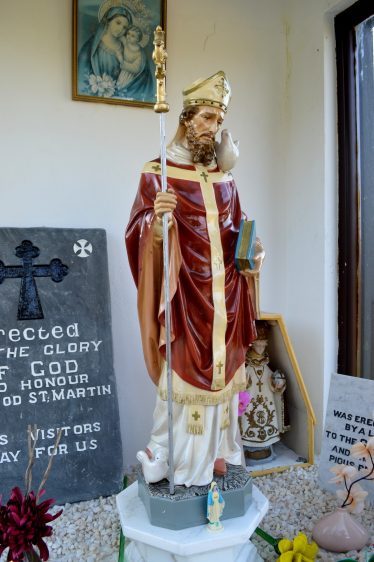 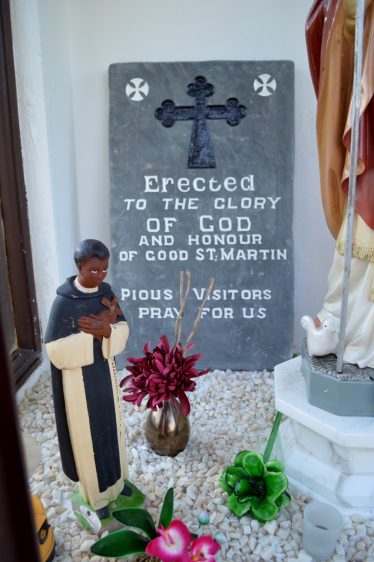 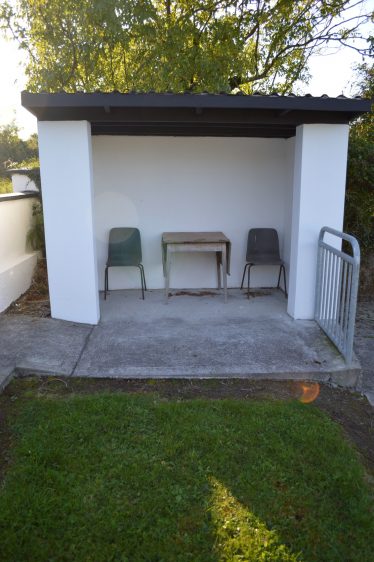 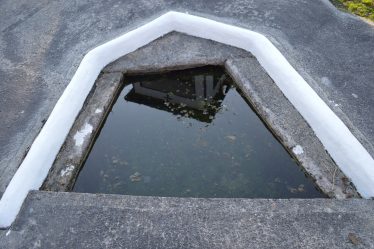 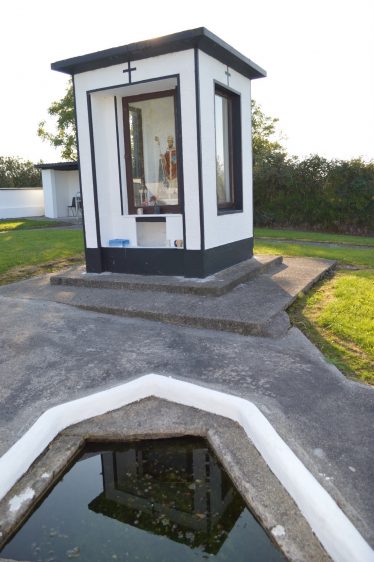 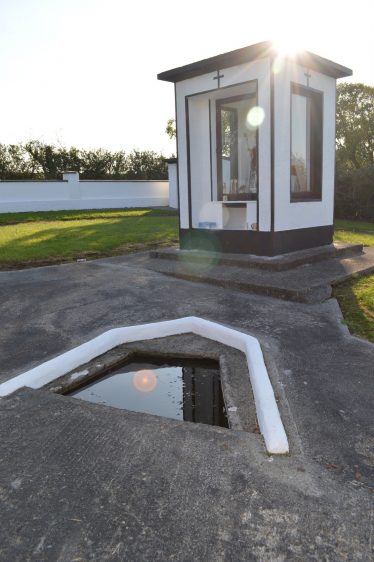 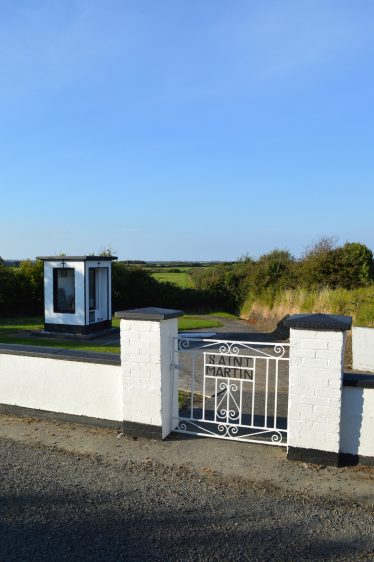 This well lies immediately off the north side of the Newtowneast road in its own extensive space, which is walled and gated. The main feature is a glass case containing a large statue of Saint Martin which starts in front of the well. There is an overflow well which allows water to be collected and taken home. The area is grassed around the shrine and concrete to allow easy movement around the well when rounds are being performed. It is freshly painted each year. There are some benches for quiet reflection.

The well is dedicated to Saint Martin, whose feast day is 11th November.

Tommy McGrath writes in ‘Holy Wells of West Clare’ that ‘Rounds are walked in three circular footpaths, five rounds and a decade of the Rosary during each round.’
This well is one of the most visited wells in West Clare, especially on Saint Martin’s feast day.
Unusually, there are few votive offerings present at the well.

The immediate area is very well maintained with regular cutting of grass. Much of this work is managed by one or two families.

The River Shannon is a short drive away, as is Querrin Bay. A few miles north will take the visitor to Kilkee, where restaurants and accommodation are available.

In the folklore tradition the first few fine warm days in early November are called Saint Martin’s summer. Another tale recounts that when Martin was designated Bishop of the Diocese of Tours, he was so alarmed that he hid in a barn to avoid the call but was given away by a noisy goose. The interfering goose was then killed and served for dinner, establishing the tradition of eating goose on the Feast of St Martin or Martinmas.

Saint Martin, always held in affection by the Irish, is best known in Clare for his association with Senan of Inis Cathaigh. Some folk tales tell of them meeting, which is not likely as Martin died in 397 AD and Senan was born in 488 AD. A more credible story tells of Senan visiting Tours on his return journey from Rome and being gifted a relic of Saint Martin, which he brought with him to Ireland. In any case there is still veneration to the French saint in West Clare, perhaps initiated by Senan.

The site has a constant stream of visitors on Saint Martin’s feast-day, 11th November. This date, sometimes called Martinmas, was once held in high regard across Europe, with a custom of killing an animal or bird and sprinkling some of its blood on or around the homestead as protection for the coming year. This tradition was maintained into modern times in west Clare.

Records of Monuments and Places Numbner