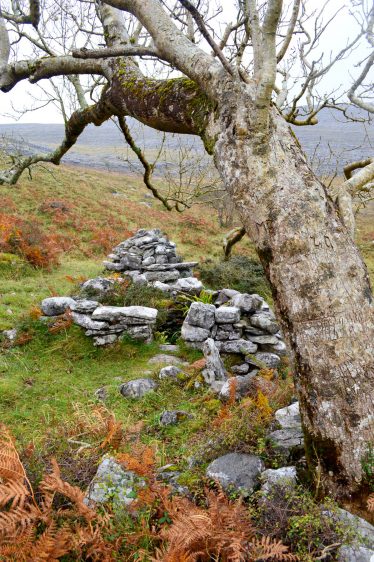 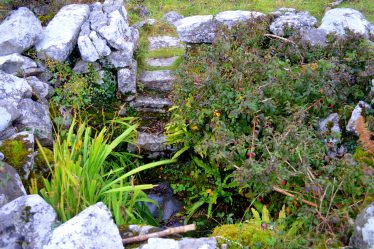 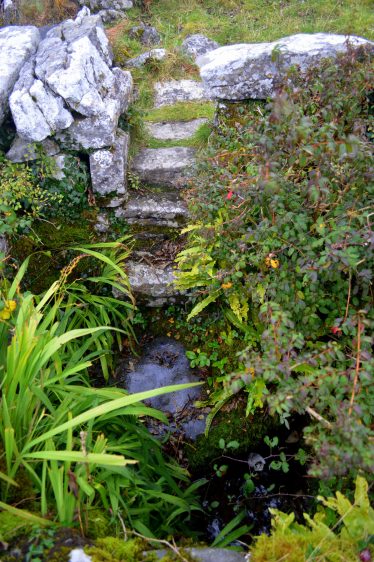 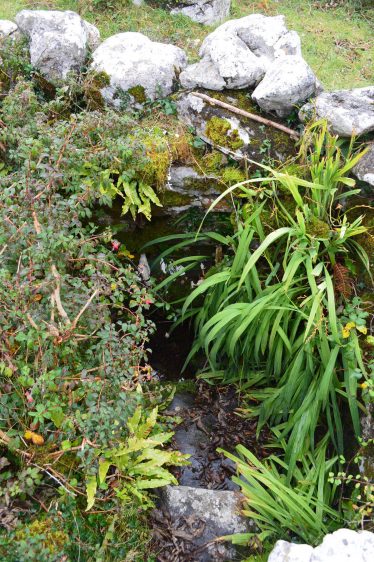 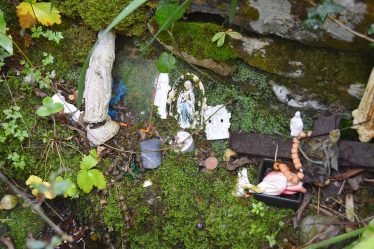 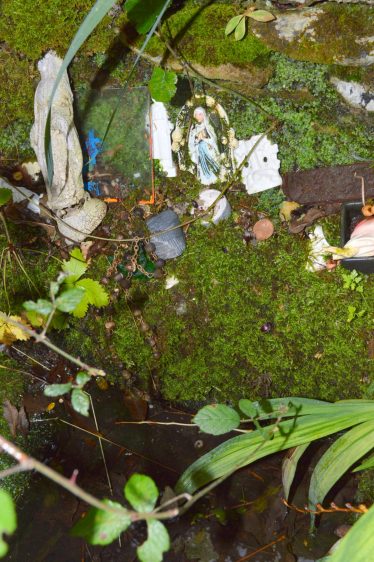 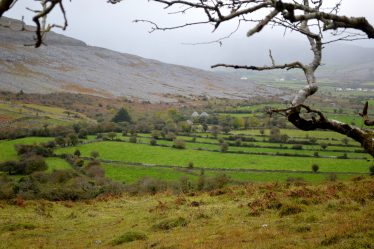 This well is located on the north-eastern slopes of Oughtmama Hill, just above the track as it nears its end. A stone wall surrounds the well, with steps leading down to the water. A wind-bent tree stands at one end and a low cairn of stones at the other. The well is wonderfully maintained and has a quiet, welcoming atmosphere.

There is some confusion around the saint associated with the holy well, as there are three Saint Colmans mentioned in local history. The saint celebrated here has a feast day of 5th November.

The well was known to be very effective in treating diseases of the eyes.

In ‘The History and Topography of the County of Clare’, 1893, James Frost wrote:

‘A holy well dedicated to a St. Colman lies a little to the north-east of the 12th century churches on the valley floor. It is related that St. Colman MacDuach (Duagh) lived just before the year 620.’

Other than a few small windswept trees, some tall ‘fionnán’ grass and heather, there is not much growth here. Some ferns and fuchsia grow in the shelter of the well.

On the valley floor below the well site are the remains of the three Oughtmama Churches. Two are intact and one is in ruins. All three are dedicated to a Saint Colman but all three Saint Colmans are separate individuals.

Nearby is Abbey Hill where Saint Patrick’s Well can be visited. Aughinis Island is offshore. Close to Kinvarrra village lies the Flaggy Shore, the inspiration for Seamus Heaney’s wonderful poem,   ‘Postscript’.

‘This well is imbued with extraordinary naturally medicinal, or supernaturally miraculous virtues, for people have often washed their eyes in it, which were veiled with thick pearls, and ere they had completed the third washing these pearls (films) fell off leaving the eyes perfectly bright and clear-sighted’ .