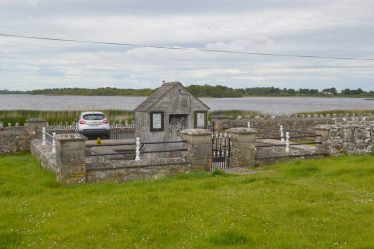 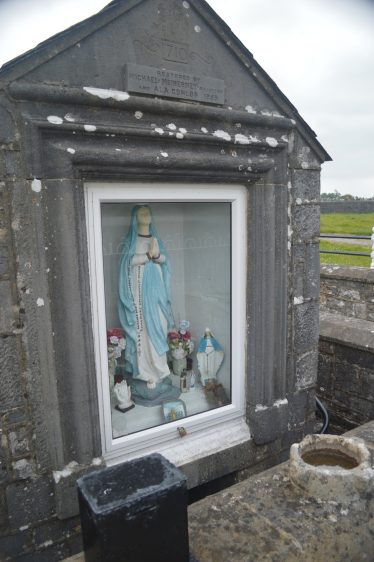 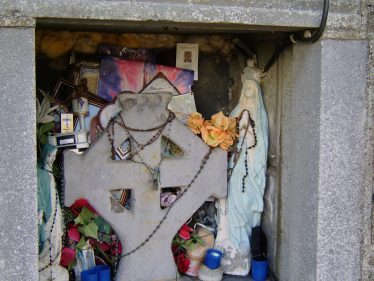 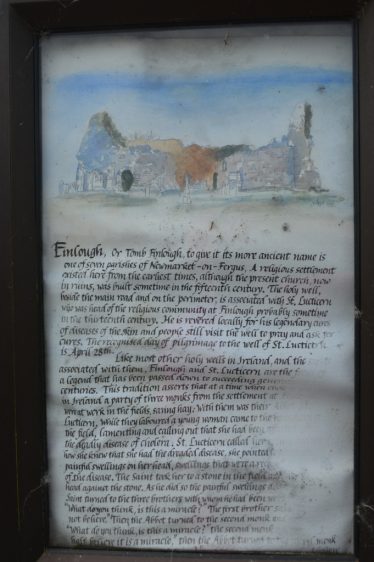 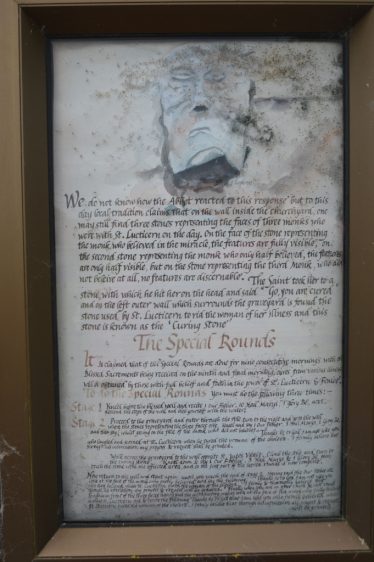 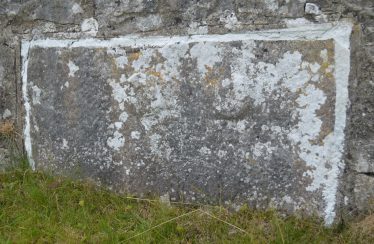 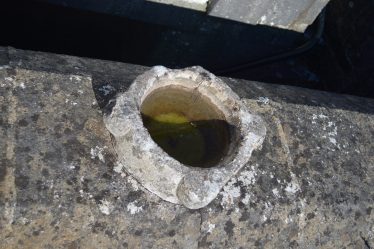 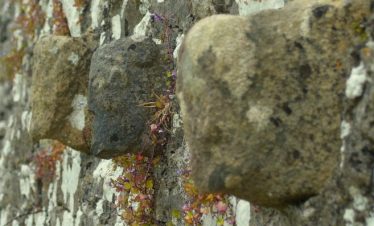 Finlough translates as the ‘White Lake’ or ‘Fair Lake’, or perhaps just the ‘Pleasant Lake’.

This holy well stands at the entrance to a large monastic site that includes a ruined 15th century church and graveyard which is still in use. There are steps leading down to the well and a cup attached to receive water. At the rear of the well is a shelf with many votive offerings and some information about the site.
Features to note are the three stone heads of monks on the east wall of the graveyard and the ‘Plague Stone’ on the exterior of the west wall.

The well was modernized in 1959 and remains intact. There is a water container which might have had a role in more modern times.

However one record suggests his feast day is 28th April. His feast day is no longer marked by many pilgrims. However some votive offerings are noted at the well. Many people continue to visit the plague stone nearby.

An information plaque at the well reads:

‘It is claimed that if the special rounds are done for nine consecutive mornings and the Blessed Sacrament is received on the ninth and final morning, cures for various illnesses will be obtained by those with full belief and faith in the power of Saint Luctigern of Fenloe’.

There is a belief that the first pilgrim suffering from eye disease to arrive at the well on the feast day will be cured.

This is an ancient church site surrounded by grazing fields. There are very few trees in the immediate area. Some mature ash trees were felled in the recent past, possibly because of ash die-back.

Several tower houses and other archaeological sites can be found in the area. Craggaunowen Visitor Centre and Knappogue Castle are nearby. Quin Village provides a selection of pubs and restaurants. There are a number of crannógs, the remains of man-made islands, in the nearby lakes.

Luchtigern’s ‘Plague Stone’ is renowned for its ability to cure skin diseases. In 1831 thousands of people visited this site during a cholera outbreak.

A dawn Mass is sometimes held at the site on Easter Sunday. An old custom when bearing a coffin to the site would have been to enter via the adjoining field and then pass the coffin over the monastic wall. There are traces of archaeology in the field to the west, suggesting a once bigger monastic site.