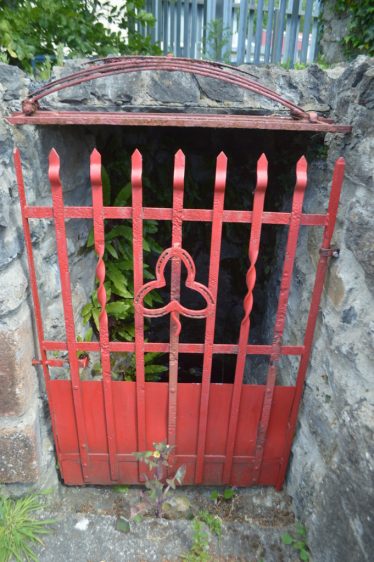 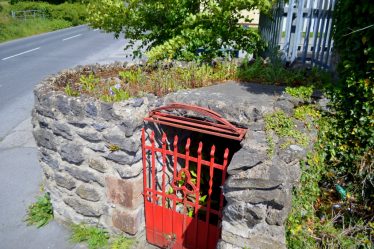 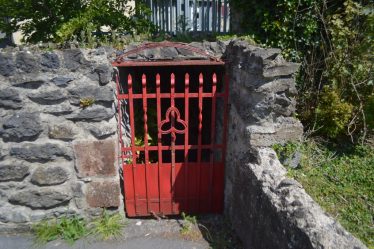 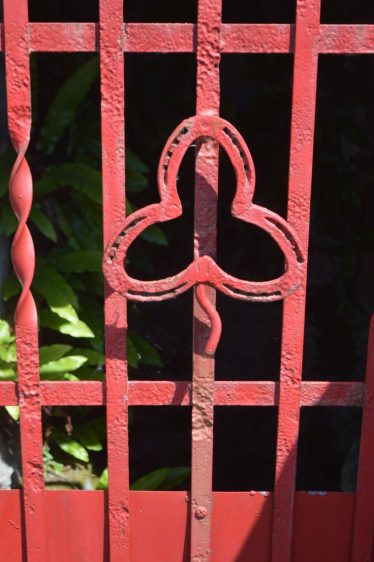 This well is located at the edge of the village of Ieverstown, on the path of the Kilmurry approach road. It is protected by a locked iron gate. Debris had blown into the well and there was no water present at the time of the research visit. The gate on the well may have been added as a precaution to prevent access to the water in the well, as it may no longer be safe to drink.

The well is named after Saint Patrick, though there was not a lot of information to be found on the holy well. People in the locality were not aware of the well’s origins or history.

I can be presumed that 17th March was the day of celebration at the well, as is the case with holy wells dedicated to Saint Patrick around the rest of the country.
No votive offerings were present at the well and there is no recent tradition of engaging with the well. It could be possible that the waters of the well were once used for domestic purposes by local families and only later took on a religious aspect.

This is very much an urban well, without planting or original greenery.

The well is in the village of Sixmilebridge through which the  O’Garney River flows . A short walk will bring the visitor to the historic Mount Ievers House. Built on the site of an earlier tower house, the house was completed by Henry Ievers around 1736, possibly to a design by the architect William Rothery. It is described as ‘a tall, early eighteenth century, three-story, seven bay house with two fronts, one of stone, the other of brick. The house is privately owned.