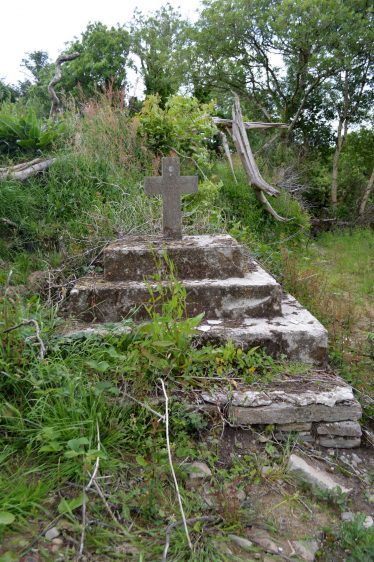 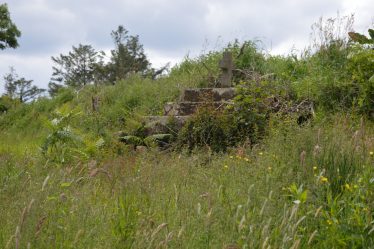 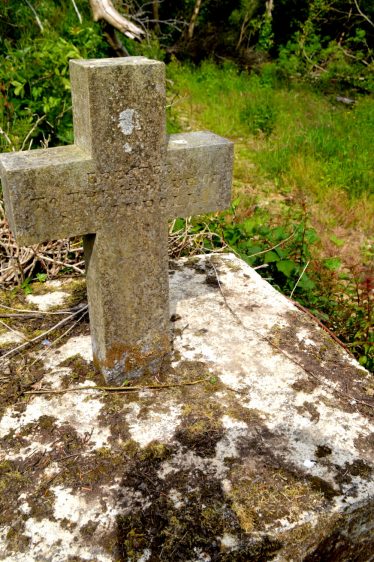 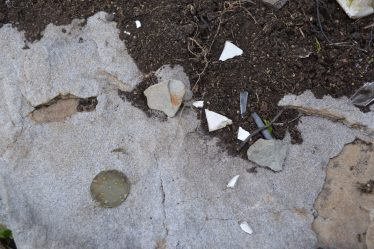 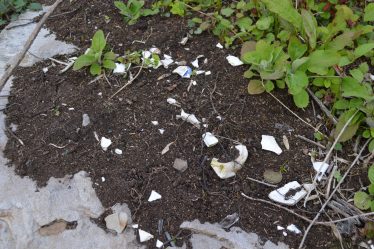 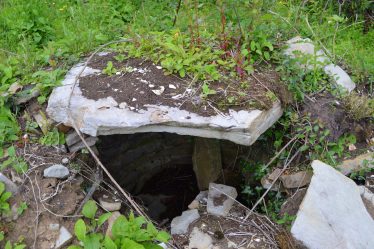 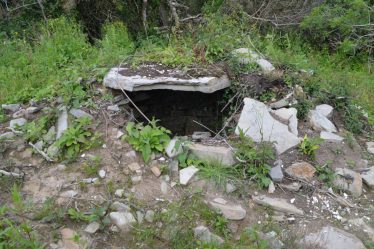 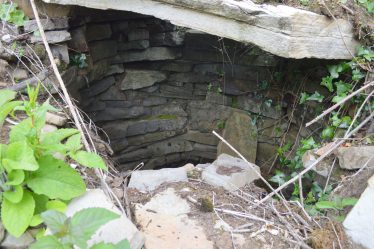 Saint Carroll’s Holy Well lies at the end of a tertiary road, off the R473, in the townland of Kilcarroll. The Holy Well site is about 150 meters from the graveyard in the corner of a field adjoining a farm. The site lies in a hollow and is overgrown. No water was noted in the well at the time of the research visit.
Also present at the site is a neatly carved stone cross, standing approximately where ‘Laghtcarroll’, the stone or altar of Saint Carroll is indicated in Ordnance Survey maps from 1842. This cross probably dates to the late 19th or early 20th century.  The inscription reads ‘Erected to the Honour of St. Carrroll’.

The townland name translates as the ‘Church of Carroll’, in reference to a church that once stood in the area. The old graveyard close to the holy well site may once have been associated with this church. Carroll is an unusual name for an Irish saint. John O’Donovan, writing as part of his work with the Ordnance Survey in 1830s, makes reference to this. (See below)

The well may be named after Saint Coireall. This would have been the much celebrated Coireall of Clooonkeenkerrill, County Galway.

As visitations to the well have long ceased, there is no information to be found on feast day or prayer rituals. If the Carroll here is Saint Coireall of Clooonkeenkerril, his feast day would have originally been 17th December and was later transferred to 13th June.

Visits to the well by groups probably ended in the early decades of the 20th century.

The immediate area around the holy well is covered in scrub, mostly briars. There are a few small blackthorns in the vicinity.

Kilrush Town with the Vandeleur Gardens and a boat service to the monastic island of Inis Cathaigh are a ten minute drive from the well site.

A very old wooden statue of Saint Carroll is said to have been discovered in the ruins of the church. It was reputed to be several hundred years old. This may indicate that the immediate area here had a significant role and status in the past.

‘In the Townland of Kilcarroll, a short distance to the east of Kilrush, is a burial place in which a Church, shown on the Down Survey, anciently stood, which was dedicated to a Saint Cearbhull; but I cannot find a Saint of this name in the Irish Calendar, and I incline to think that the Church was called after a layman like Gaulskill in the Co. of Kilkenny. There is however, a pile of stones and a Holy Well near the grave yard called after St. Cearbhull (pronounced Carroole)’.

‘People go on pilgrimages there on every Sunday and Thursday. The people do ten long rounds and five shorter ones and the rosary is said in each round. The people take off their shoes and stockings while doing the rounds. A rush is picked for each round. That is how the rounds were counted in olden times.

The holy water is used as a cure for diseases and the people also drink it. If any part of the body is diseased the water is rubbed to it at the well, and some of it is brought home. It is said to be unlucky to do anything to the fish that inhabits the well’.

‘O’Cairill, a priest of Scattery – ”[and “Cairell will come, venerable the champion, across the brine from Aran without fail].”

The Miracles of Senan, translated by Charles Plummer, Corpus of Electronic Texts Edition