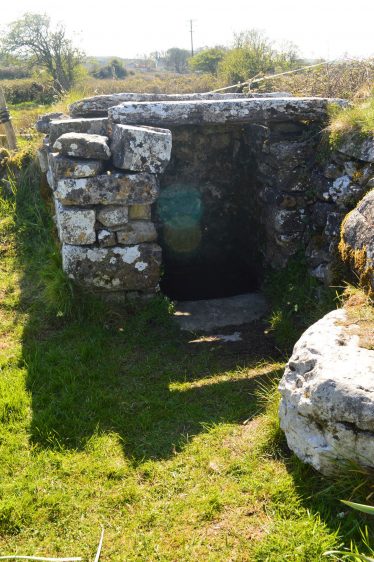 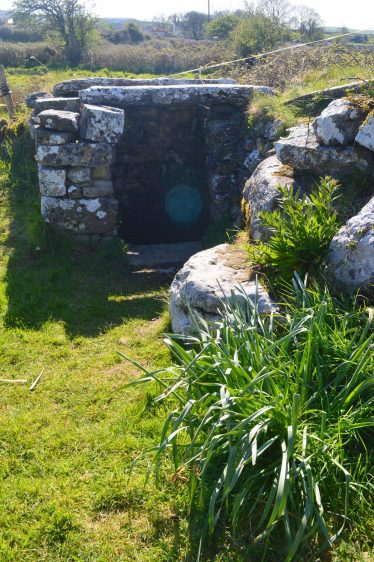 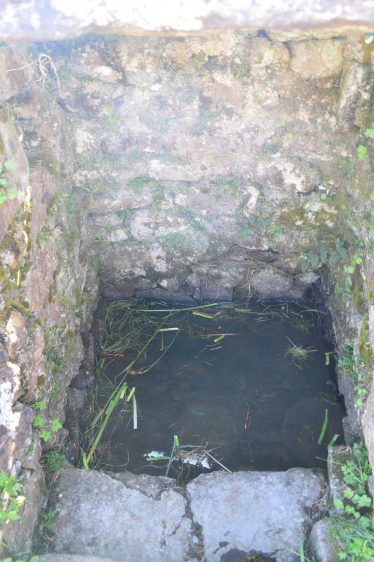 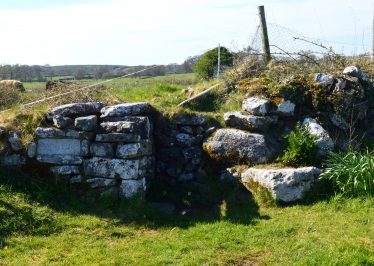 The well of Saint Fachtna, still referred to as Tobar Fachtna, is situated a little distance north of the Church at Kilfernora Village. It is part of the Kilfenora Cathedral and High Crosses complex and can be found at the end of a green track behind the cathedral site, Because of the high crosses and ecclesiastical remains at the site, the holy well can sometimes go unnoticed. The well is contained in a chest-high well-house of stone, with its opening facing into the lane. On the east side of this structure a cut stone is inserted with the following inscription in plain characters:

The well itself is small, with only a trickle of water.

Religious practices are no longer conducted at this well. There are no votive offerings here to suggest recent pilgrimage. Like the nearby cathedral, the holy well is dedicated to Saint Fachtna. The feast day of Saint Fachtna is 14th August.

No noticeable trees or hedging are found near the well. Across the wall, behind the well is typical pastureland.

The holy well site is close to the 12th century Kilfenora Cathedral. Four of the five termon or boundary High Crosses still remain at the site, including the spectacular Doorty Cross. The fifth termon cross is now in Killaloe. Across the road is the Burren Centre, which offers visitors a valuable introduction to the Burren region and its riches.

‘They have no remembrance of a Patron Saint here but the name, and that only as being borne by his Well, which however, is no longer looked upon as a Holy Well but is used for domestic purposes as well as if it never had received sanctification from the blessed hands and words of the Holy Saint Fachtna, whose name it bears and whose festival was formerly kept there on the 14th of August.’

James Frost in ‘The History and Topography of the County of Clare’, 1893:

‘At a short distance from Kilfenora is a holy well dedicated to St. Fachtna. It is called Bullán Fachtna, the word bullán signifying a spring of water issuing from a rock. A small stone-roofed building was raised over it, with the following inscription:—“Deo et B. Fechtnano hocce opusculum fundavit Donaldus MacDonogh, licentiâ et permissione Episcopi Finaborensis Anno Dni 1687.”