The Story of the Errina Canal

The Limerick Navigation project was proposed as a means of transporting goods and people safely on the Shannon River to and from the port of Limerick.  Its purpose was described as connecting the western part of Ireland with Dublin and giving the opportunity for trade and emigration to Liverpool and onwards. The history of the canal is chequered and seems to have been beset by problems from the beginning according to documentation from the time.  While the Limerick section was the first to be completed, the section from the cutting below O’Brien’s Bridge to Plassey was problematic and the whole project took years to complete. The following account examines the section from where the canal was cut at Errina to Clonlara village. 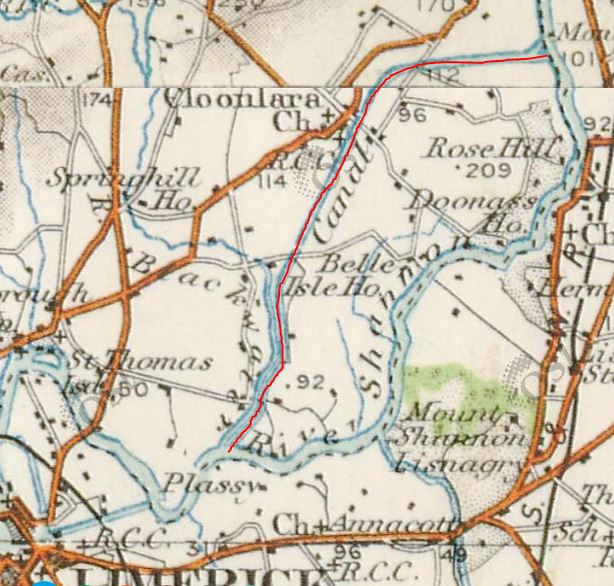 The Limerick Navigation project was proposed to cover a distance of 12 Irish miles (17 miles) so that boat traffic could travel safely between Limerick City and Killaloe while avoiding the rocks, shoals and river rapids on the lower Shannon.  The first phase of construction under engineer William Ochenden (he died in 1761) on the Limerick Navigation began in 1757 and the Limerick to Plassey canal was completed.

An Act of Parliament in 1767 established the Limerick Navigation Company and set out the expenditure and tolls for the project.  According to a report written 19th May 1800 by Tim Mackey and Thomas Vereker on behalf of the Limerick Navigation Company, the total cost to date was expected to be £25,423-12-7d.  Parliament had granted a sum of £16,600 and private funding of £8,300 had been raised. 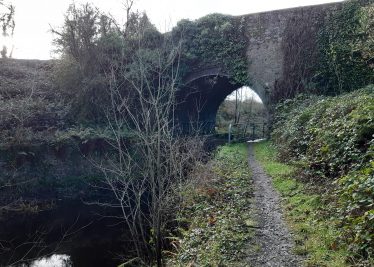 The Errina canal section which was constructed in the late 1700s from the Shannon River to Clonlara caused a number of problems.  The original cutting into the canal from the Shannon was at right angles and boats could not negotiate the turn safely.  To rectify this a curved cutting was made to the north of the original.   Originally there was a high towpath from Errina Bridge to the Shannon.  Very long ropes had to be used to haul the boats. After repairing subsidence in the winter of 1799/1800 a lower towpath was constructed.  This section of the canal was “inadequately cut and was known as ‘Browning’s Contract’…….never sunk to a sufficient depth nor properly finished” (Charlotte Murphy, 1980, p52). 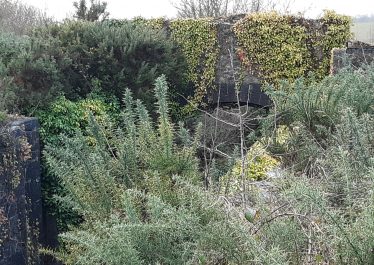 Three locks were constructed on the Errina to Clonlara canal section.  They consisted of two single lock chambers at Monaskeha and Clonlara and a triple lock (with shorter chambers than the others) at Errina – this was later changed to a double lock to accommodate larger boats. 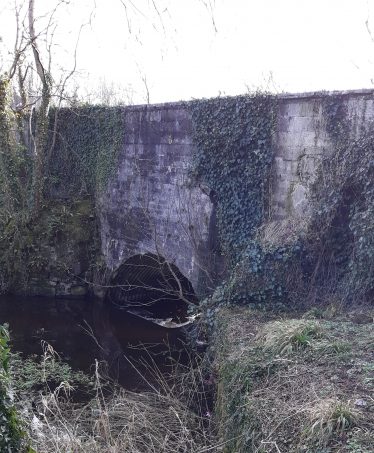 A hump back bridge was built at Clonlara over the canal incorporating a Sheela-na-gig believed to have originated from a local castle.  This bridge was replaced in 1974 by a bridge still in use for modern day traffic. 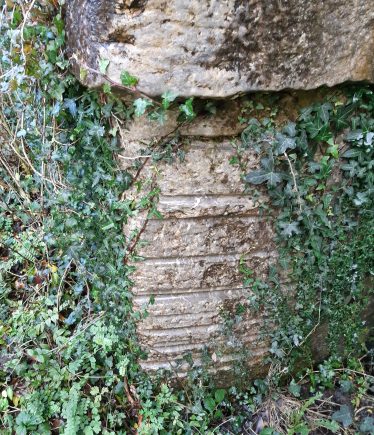 Errina Bridge was constructed of local stone and could accommodate a dam if flooding of the Shannon drove excess water down the canal.  In 1809 a dam was put across the canal to facilitate upgrade works and repair to the locks after a heavy flood burst the banks at Errina and washed away Errina Lock, amongst other damage.  Houses for the lock keepers were also constructed.  An RIC Barracks was built by Clonlara bridge to supervise traffic on the canal. 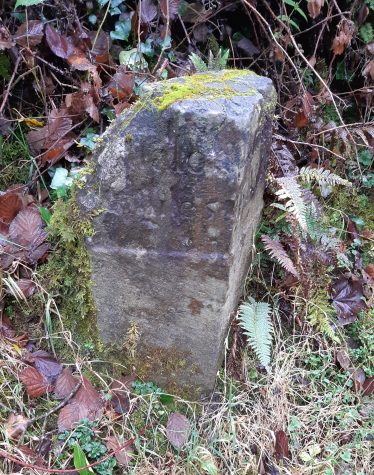 After the canal banks and locks were repaired in 1808-1809 the canal continued to operate, though from records it was never very successful.  However it gave employment to the lock-keepers, who had a combined yearly wage of £68 (Mackey and Verekeer Report, 1800), and to those who worked on the boats.

Slates, corn, turf and other goods were ferried between Killaloe and Limerick.  Guinness used the canal to transport its product from Dublin to Limerick and this continued until the demise of the canal.  Local folklore tells of goods purchased in Dublin by Clonlara residents and brought to Errina Lock for unloading.

Demise and closure of the canal

The advent of the railways and the opening of a railway line to Killaloe in the 1840s led to faster and more convenient transport between Limerick and Killaloe.  This led to a decline in the use of the Errina canal.  The building of the Ardnacrusha Hydro Electric Scheme in the 1920s led to the closure of the canal.  Water levels below the newly built weir at Parteen reduced the flow of water and boats could travel by engine power alone to Limerick on the Headrace Canal.

The last barge travelled on the canal about 1930, before a permanent dam was constructed at Errina Lock that blocked the passage of boats. Today the canal is obstructed by fallen trees, though the towpath is used by walkers and cyclists. 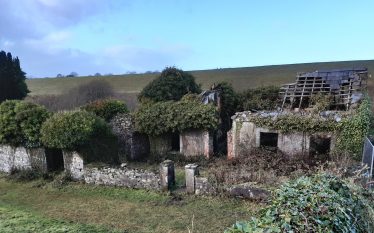 Two lock houses continue to be occupied and the canal banks are leased for farming.  Descendants of the lock-keepers still live there.  The last residents of Errina Lock house departed in the 1960s.

The Errina canal from the Shannon River cutting to Errina Bridge  and side banks are part of a Special Area of Conservation and are home to aquatic wildlife and plants.