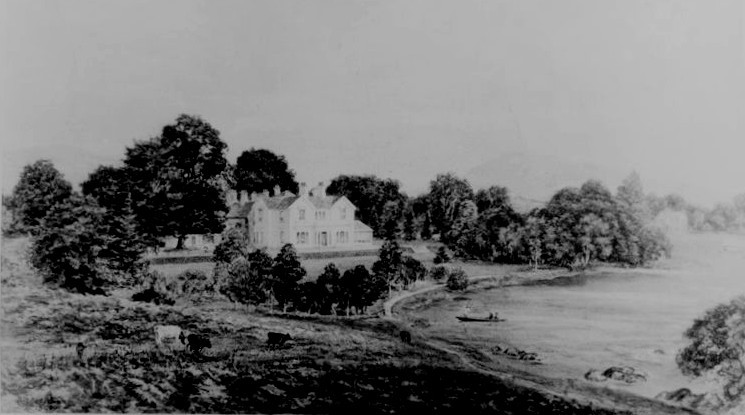 “Waterpark” was the home of the Bindon Family. It was located on the estate of Sir Hugh Dillon Massy beside the River Shannon. (Weir, 1989)

In 1754 the linen trade was actively promoted outside of Ulster and landlords were becoming interested in developing their estates.

From the beginning of the 18th Century, skilled ‘bleachers’ came to Ireland from Holland with the Huguenot linen settlers. Grants were given to establish bleach works by the Linen Board (Gill, 1925). Bleaching became a very important stage in the process of making linen. It was managed by men of substance who were large employers. Hercules Browning was one of those men.

The first official record of Hercules Brownriggs / Browning (his surname appears with the varied spelling in documents) was noted in a report of the Linen Board by Robert Stephenson in 1760. This report shows Hercules Browning, Limerick was an applicant for the Linen Board’s three premiums (O’Connor, 1989). Browning had an outlet at John Street, Limerick where he received brown linen for processing. 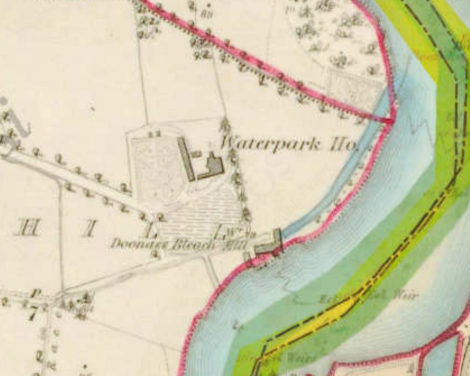 According to the local historian, Freddie Bourke (1998), Hercules Brownriggs from Northern Ireland built a large linen bleach mill at “Waterpark”, Doonass. He employed experienced bleachers from Northern Ireland. Brownriggs also held leases of land in the townlands of Aughboy and Kildooras. These townlands, at that time, had bogs which provided good quality turf, which was used at the mill during the bleaching process. Brownriggs settled his Northern employees, the Johnsons, the Fergusons and Caswells, to name a few, in Kildooras and Coolistigue on smallholdings of land (1-5 acres). (Bourke, 1998) 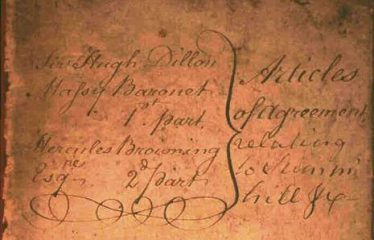 On 30th April 1796, Hercules Browning’s death is announced in the Limerick Chronicle. 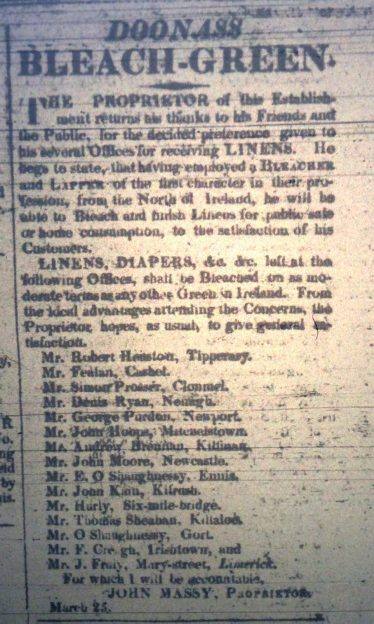 From Browning to Massy

Samuel Lewis (1837) notes the extensive bleaching establishment at Doonass and it is clearly identified on the first edition 6-inch Ordnance Survey map of 1840. (Lewis, 1837)

Hugh Dillon Massy’s Deed of Assignment and Mortgage states that in 1844 the Bleach Mill gave good employment to the locality. (1844 cited in Bourke F 1998)

It appears the mill survived the Famine years and in 1847, the proprietor of the Mill was John Bindon, who was resident in Waterpark House.  He advertised its services as “the largest public bleach green in Ireland” on the Limerick Chronicle November 1st, 1847.

The landlord Hugh Massy was totally dependent on the rental income from his tenants, of which many had emigrated. He became bankrupt and the Broadford section of the his Estate was sold under the Encumbered Estates Court. He managed to keep the estate in Kiltenanlea where Waterpark and the bleaching Mill were located.  (https://landedestates.nuigalway.ie, 2020)

The harvesting and scutching of the flax crop was exceedingly labour-intensive and was best suited to cultivation on smallholdings. As rural out-migration became a feature of life in post-famine Ireland and labour costs increased, the flax crop could no longer be as profitably harvested by a family, whose sons and daughters were now settled outside the country. It was compounded by the steady increase in farm sizes and the elimination of many of the smallholdings upon which flax had been traditionally grown. (Smith, W.J, 1988)

The Bindons of Waterpark appear to have suffered a financial setback which forced them to close the bleach mill in 1849. 240 people were made redundant from their jobs in the mill. (Bourke, F, 1998). The mill was sold to John and Maria Quinn and they started a corn mill. (http://landedestates.nuigalway.ie, 2020)

What was the process at the bleaching mill?

Bleaching was a very important part of the linen industry. It took place on the bleaching greens which were large tracts of land along the banks of rivers that had a good flow of water in summertime. The linen was boiled and rinsed up to a dozen times. The linen webs, which were typically 100 yards long, were then laid on the bleaching greens to be whitened by the sun and the rain. They were watered regularly, a process known as “wet bleaching” and each mill had its own recipe for aiding the bleaching process, usually incorporating sour milk, buttermilk, urine and manure. 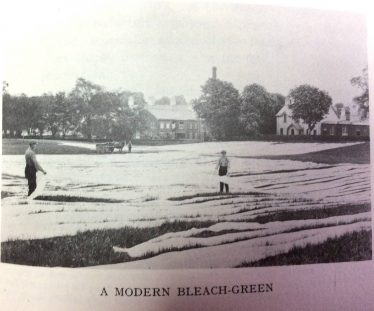 Linen webs being laid out on a Bleaching Green (Conrad Gill,1925 ‘The Rise of the Irish linen Industry’ Clarendon Press)

After two weeks, they were taken back inside for washing again. This practice was only done in spring and summer months. In 1725, a law was passed prescribing a closed season from mid-August to the beginning of February, during which no webs might be laid out to bleach. (Gill, 1925)

The number of bleaching greens in Ireland reached a maximum of 357 in 1787 but declined rapidly as bleaching methods continued to improve. By the 1850s, there were only 40 bleaching greens coping with many times the quantity of linen.

Flax to Linen – The Process 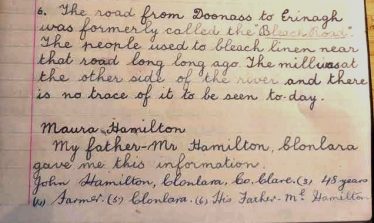 The Memory Fades – The Mill Today 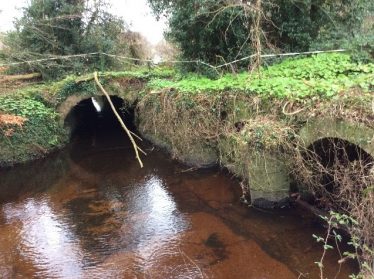 There is no evidence of the bleach mill building today at Waterpark. However, the canal system which provided the water to turn the mill wheels, and its four bridges, are still in place. Waterpark House also no longer exists. The only remaining features are the steps to the main house and some adjacent buildings. 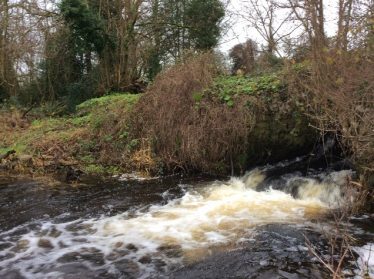 Outflow from Mill back to the River Shannon.
(Photo: Rose Hannan Feb 2020)

I hope to explore this subject into the future and these are some of the questions that I wish to pursue: 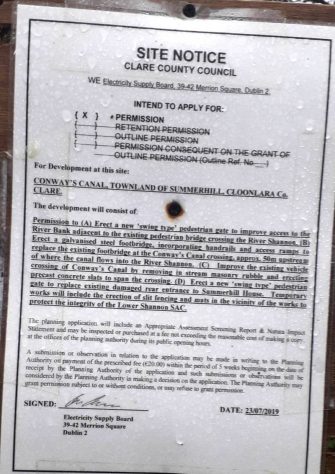 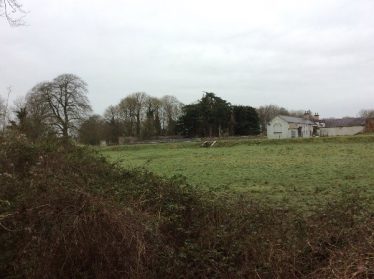 Murray, A. E. (1907). History of the Commercial and Financial Relations between England and Ireland from the Period of the Restoration Second Edition. London: King, London.