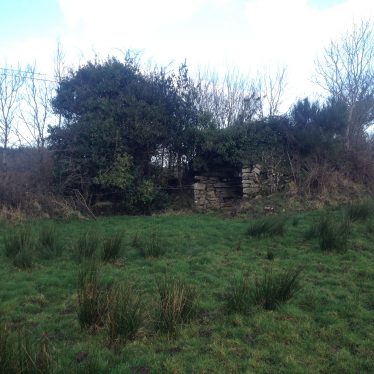 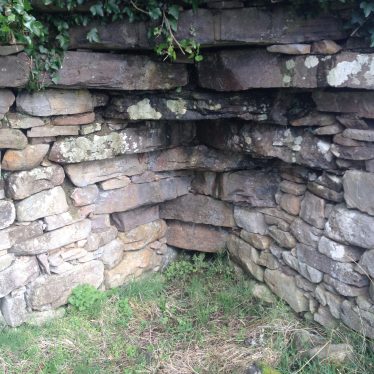 zoom
The Eye of the Lime Kiln
Mike Guilfoyle 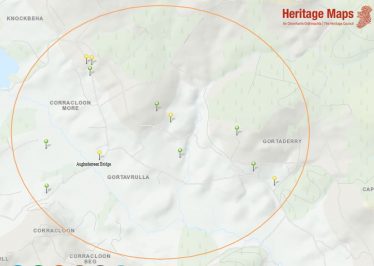 As a child growing up in County Clare my father would often point out features of historic heritage interest to me. I didn’t realise then, that he was passing on an awareness of these, once used and disappearing or now forgotten, historic items that had faded into the background of our countryside and village towns.

For almost 300 years, Lime Kilns have been a visible structure scattered throughout our rural landscape. Their abundance shows us that they were once an important part of the practical life of local people, yet not many of the smaller and lesser known local examples are being preserved or protected. As pointed out by Richard Gillespie, Agnes Kerrigan, Ian Russell and Siobhan McNamara:

Limekilns are the most widely distributed and numerous industrial site-type in the Irish landscape.

As they continue to submerge and disappear into the landscape, we are losing this important aspect of our local farming heritage.

Traditionally in East Clare in the past, one of the only alternative fertilisers was a white clay-like substance called “Marl” which was mined from the land from small hand dug holes. This marl or ‘daubh buí’ as my father would have called it, is often found at the bottom of the dugout peat bogs in this area.
From around the early 1700s, Lime Kilns came into use. They were stone built structures made to produce lime or “quick lime” as it was often called. The lime was particularly useful for the fertilising of the rough mountain pasture of East Clare, as it neutralised the acidic nature of the soil.
The type of kiln commonly used here was a ‘draw’ kiln, where a fire was lit in a ‘draw’ hole at the bottom of the structure and the heat was drawn up through layers of wood, scraw and stone which were laid into the interior ‘egg-shaped’ chamber of the kiln.

How did they work?

The bedrock around Gurtaderra is Old Red Sandstone. But it was limestone that was needed to create the lime. The farmer had to go to the nearest source, which was probably the low lying areas around Scarriff. He then loaded up the quarried limestone onto his cart and brought it home to the kiln, where it was broken down by hand into pieces about the size of a man’s fist. The kilns were generally built into a slope which allowed easy access to the top to dump in the rocks. These were layered with turf, scraw from the top of the bog, and wood.
A fire was lit in the draw hole. When the temperature in the chamber reached over 900oC, a chemical reaction occurred where the calcium carbonate in the limestone was broken down into calcium oxide (lime) and carbon dioxide gas was released. The kiln was left to burn for 3-4 days.
The material that came out of the kiln after burning still consisted of some stone pieces and powder. Water was then poured over the burnt stone. This process was known as slaking, producing quicklime. This process could often cause small explosions and in some cases, resulted in the operator being badly burnt or suffering eye injuries.  The whole process was labour intensive for the local farmer and his helpers.

This magical and powerful powder as well as being used to fertilise the soil, was mixed with water and commonly used to “white wash” the inside and outside walls of the farm house and outbuildings. The lime had an anti-bacterial property which help to sanitise the house.
It was also used as an important building material in the making of mortar before the ready availability of cement. However, a disadvantage was that vigorous growing ivy roots would embed themselves in the soft lime mortar which could eventually lead to cracks causing dangerous damage to the structure of the building.
Other uses were the prevention of foot rot in cattle and other farm animals; as a slug repellent; to prevent disease on fruit trees and as a rooting compound for garden vegetables. It was also mixed through the chicken feed to strengthen the egg shells.

On our farm in Gortaderry, nothing remains of the Lime Kiln, but the slope of the hill into which it was set marks the location.

The Lime Kiln located next to Aughaderreen Bridge in Corracloon More still survives today and is located on James Bret’s farm. It is located just inside a field gate by the roadside.

This short investigation gives an impression of the numerous existence of limekilns, both in use and disused, in the area surrounding Gortaderry in the 1800s, and coveys a sense of their importance for the local farming community and their continued use over time.