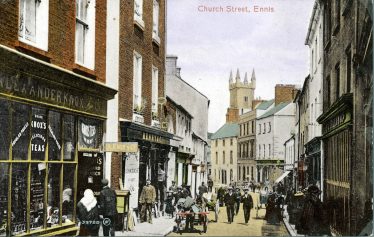 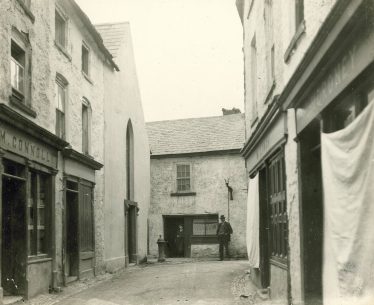 The built heritage in County Clare is impressive. Ennis, Ennistymon, Killaloe and Kilrush are towns in the County that are recognised for their historical built heritage.

Ennis has and attractive medieval pattern and network of narrow streets and laneways. Kilrush was a small village in the early 1700s, until the Vandeleur era, when impressive quays and piers were built and the town became one of the major shopping and mercantile ports on the west coast of Ireland. This was reflected in the built form with the construction of wide streets, high quality shop fronts and impressive public buildings. Killaloe in East Clare, due to its location at a major crossing point on the Shannon and the home of the O’Briens – Kings of Thomond (North Munster), became a major ecclesiastical and urban centre from the early middle ages. Ennistymon is an ancient market town and is renowned for the survival of many of its traditional wooden shopfronts and stone slate roofs quarried between Liscannor and Doolin.

To find out more about the Historic Towns of Clare, please follow the links below: