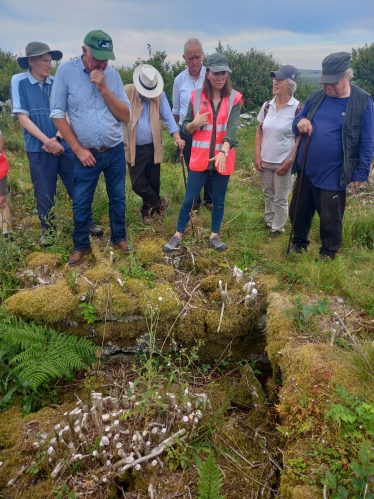 As part of the Heritage Week 2022 programme, local ecologist Bernie O’Connor led a biodiversity walk in the Burren uplands. This walk, across winterage grazing, took in species-rich grasslands and limestone pavement, as well as petrifying springs and fens.

The farm practices and culture of the Burren were discussed, as the walk descended through temperate rainforest to the more productive modified grasslands at lower elevations.