zoom
The Shannon Estuary
Data from the [Historic 25 inch maps database] accessed through the Heritage Maps Viewer at www.heritagemaps.ie, [15-1-2020] 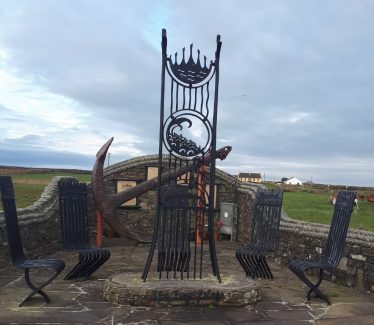 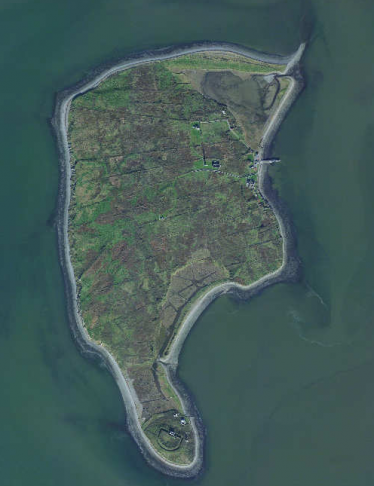 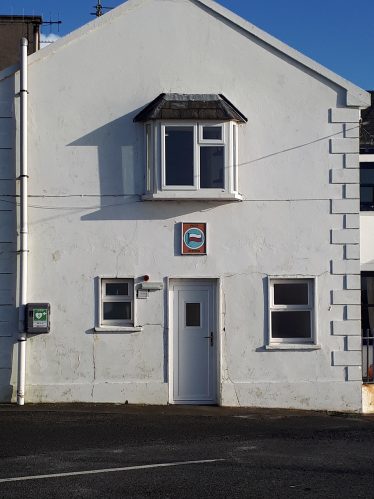 The estuary of Ireland’s longest river, the Shannon, lies between Limerick to the east and Loop Head and Kerry head to the west. At approximately 97 Km (60 miles) long some say that it is the greatest natural harbour in Western Europe.

It is an important ingredient in the economy and life of much of the West Coast of the country, with shipping from all over the world landing their cargoes at its various ports.

During the 19th and most of the 20th century it was a lifeline for the towns along its route. Small craft and barges landed all types of cargo necessary for day-to-day living. Today these goods are brought by road in articulated trucks.

Like all stretches of water, the estuary can be dangerous to navigate unless you are familiar with it. The people who know it best are local boatmen. For centuries these boatmen, known as Pilots, have been making a living guiding ships up and down the estuary.

In 1823 the British Parliament passed an Act, which compelled all shipping entering or leaving the estuary to take on board a pilot to guide their vessel. Under this Act pilots had to be licensed and the commanding authority was the Limerick Bridge Commissioners, later renamed the Limerick Harbour Commissioners. A sub-committee of this authority called the Limerick Pilot Committee was responsible for the issue of licences and dealing with estuary navigation issues.

There were two groups of pilots operating in the Estuary. The Western Pilots guided craft on their inbound voyage from Loop Head to Grass Island, just off Bunratty. The Eastern Pilots (Limerick pilots) guided the vessel up river from there. The outward-bound voyages were a reverse of this, although the Eastern pilots could guide a craft for the entire journey, but they had to pay compensation to the Western Pilots Fund for doing so.

Originally the majority of the Western Pilots came from the Kilbaha area of County Clare. To get to a ship, their family or friends would row them out to it in a currach, which in West Clare is called a canoe.1 The first pilot to reach a ship would get the job. As this practice was dangerous, it was eventually regulated and pilots worked on a two-week rota based system.

The rowing out to ships was a dangerous occupation, as Kilbaha is situated near Loop Head, where the estuary waters meet the Atlantic Ocean and the currents and waves can be dangerous. Unfortunately, a number of the pilots lost their lives while trying to reach vessels in rough seas. The worst of these accidents occurred in May 1873, when five men from Kilbaha perished as their boat was hit by a freak wave and overturned while trying to reach an Austrian brig called the Nico. They were Michael Brennan, his nephew Thomas Brennan, Pat Carmody, John McNamara and James Crotty. Thomas Brennan, the youngest of the five, had married Pat Carmody’s daughter only a few months previously. As there was no compensation scheme in place for the families in the event of such a tragedy, Limerick Harbour Commissioners were forced to implement one for the future.

There is a monument honouring these men in Kilbaha and local woman Amy Griffin wrote ‘The Five Pilots Poem’ to commemorate the tragedy. (See attached PDF)

The Windsor Castle and Scattery Island

In 1842, a ship called The Windsor Castle was travelling between Bombay and Liverpool when it was struck in the English Channel by the Berlin. As a result, she lost her masts and the crew abandoned her. Her cargo, comprising of cotton, indigo, sugar and spices, was valued at approximately £25,000, although there is some dispute over this. She drifted around the southern and up the western part of Ireland until she was sighted by the pilots and brought to safety, initially at Carrigaholt County Clare and then just off Scattery Island in the Shannon Estuary. Thirty-four men (eighteen pilots and sixteen assistants) claimed salvage rights and a long protracted legal battle followed, which was settled by each man receiving between £100 and £160.2

Marcus Keane, a land agent at this time, offered land on Scattery Island for the sum of £30 to the pilots. Some of them took up the offer, settling there and eventually opening a pilot station on the southern part of the island. The island provided a safer haven from which to row out to a ship, as it is further up the estuary from Kilbaha.

The 1901 Census of Ireland records eight men from Scattery Island occupied as River Pilots, with eleven giving the same occupation in the 1911 census. Other occupations listed are Seamen, Fishermen and Farmers.3

In 1954, Limerick Harbour Commissioners deemed the practice of rowing a pilot out to a ship as too dangerous, as ships were becoming bigger and more powerful. They instructed the Pilots on Scattery Island to purchase a motor launch. The island jetty did not have access to all stages of the tide and was unsuitable for the launch. Instead it was housed at the pier in Cappagh Village and the Pilot Station was re-located here. The western pilots are still stationed here to this day.

1 A currach is a small wooden or wickerwork-framed boat over which a canvas is placed and tar or pitch painted on to make it waterproof.