You are here: HomenextPlacesnextReading Your Local Landscapenext(A CLARE MYSTERY) BRUTALLY EXECUTED...BUT WHERE ARE THEY BURIED?

(A CLARE MYSTERY) BRUTALLY EXECUTED...BUT WHERE ARE THEY BURIED?

The story of the Spanish Armada is well known. To briefly summarise…

In May 1588, King Philip of Spain launched the greatest fleet in history (around 130 ships, 10,000 sailors, and 20,000 soldiers) with the aim of conquering England, ruled by the ‘heretic Elizabeth’, daughter of Henry VIII – the founder of the Protestant religion in England. 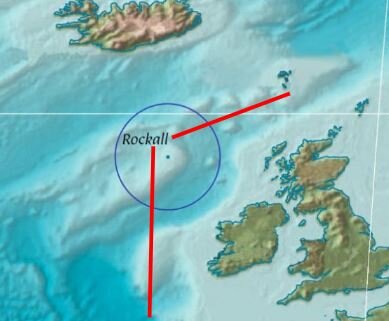 Route of the Spanish Armada

As the fleet entered the English Channel however, it met with strong English resistance.   To escape they sailed up the east coast of England, around Scotland and west into the Atlantic.  The plan was to sail ‘in squadron’ out to Rockall, off Ireland, and then turn south to return to Spain.  However, some ships were badly damaged and could not keep up with the main fleet.  Others were suffering from a shortage of supplies and water.

These factors meant they turned south before reaching Rockall, sailing closer to the Irish coast than planned.   Bad weather and lack of navigational knowledge of the coastline led to disaster. Some disappeared without trace.  Only 66 ships from the original fleet of around 130, arrived safely home in a group to Spain, with a few others struggling back later.

The estimates of how many Armada ships sunk off the Irish Coast, range from 21 to 33.

Wrecked on the Clare Coast

Two Armada ships were wrecked off the Clare coast, the San Esteban (‘Sebastian’) and the San Marcos. They were victims of a ‘Great Gale’ on September 20th and 21st.

According to contemporary reports, the San Marcos appeared to be seeking shelter behind Mutton Island, off Quilty.  But they struck a submerged reef and quickly sank somewhere between the island and the mainland (Lurga Point / Seafield).

On the same day, the San Esteban ran aground further South, off White Strand, near Doonbeg.  Spanish records show the San Esteban had 246 men aboard and the San Marcos over 450.

Despite the closeness of the coastline, it is recorded that only four survivors managed to get ashore from the San Marcos.  The rest, over 440 men, drowned.   From the San Esteban, around 70 made it to shore.   The combined drownings from both ships was around 630 souls.

The survivors probably did not expect their fate, especially in a fellow Catholic country. But as the English ruled Ireland at this time an order came from the Lord Deputy, Sir William Fitzwilliam:

“We authorise you to make enquiry by all good means, both by oath and otherwise, to take all the hulls of ships, stores, treasure, etc, into your hands and to apprehend and execute all Spaniards found there, of what quality soever.**  Torture may be used in prosecuting this enquiry.”

**understood to mean, including noblemen 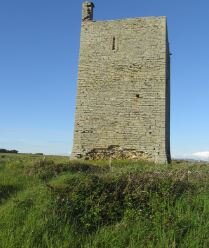 ‘Only four survivors were taken from the San Marcos, and these, together with the survivors from the San Esteban were held prisoners by (Boetius) Clancy at his castle near Spanish Point. Evidently some had been killed on the shore by both the English and the natives but all those who were taken, were hanged on Cnoc na Crocaire** near Spanish Point. This mass execution was presided over by (Boetius) Clancy, Turlough O’Brien of Tromra Castle, George Cusack, Captain Mordaunt and a Mr. Morton. The bodies were buried in a mass grave known to this day as Tuama na Spaineach.’ ***

According to this account, all 70+ Spanish survivors from both ships were imprisoned (together?) at Boetius Clancy’s castle near Spanish Point, and quickly taken to an execution site, near modern day Spanish Point, and hanged.  This was overseen by Boetius Clancy and the other named officials, one of whom was listed as ‘Turlough O’Brien of Tromra Castle’   Presumably, Clancy also gave directions as to where to bury the executed men.

‘Cnoc na Crocaire’ has been identified as a small hillock, on what is now Spanish Point Golf Course.  I have not been able to ascertain how this site was identified by researchers.  But it is possible the site was one with a permanent gallows, erected for the execution of local prisoners.  Having it located on a very visible high point, close to a road, may also have served as a visible ‘deterrent warning’ for potential local criminals.

However, trying to execute over 70 Spanish prisoners in such a situation does not seem a logical, or practical action.  Death by hanging was a relatively slow death by strangulation.  So, the task of disposing of 70+ Spaniards, on what was probably the local gallows (perhaps with just three or four nooses), does not necessarily add up.

According to this account the burial site is the location known as ‘Tuama na Spaineach’ at Spanish Point.

The challenge I faced in my research was uncovering possible conflicting information, and posing questions, sometimes to myself, to which I could not find satisfactory answers.

Here is what does not appear to be disputed:

When I started this project I was not intending to challenge the current prevailing view of the events of 1588.  However, as I read more, and visited some of the sites, I started to question assumptions made. 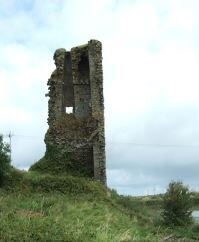 My view is that, it would be difficult to hold 70+ prisoners in one place and smaller groups were likely held in different locations. In the vicinity of Spanish Point there were five possible detention locations – Doonbeg, Tromra, Caherush, Doonagore, and Knockfinn Castles.

Doonbeg, Tromra, and Caherush are closest in location to the wreck sites and the execution site.

‘Turlough O’Brien of Tromra Castle’ was named as one of the participants in the executions.   But the size of the castle, even allowing for outbuildings that probably existed at the time, does not look like it could hold 70+. 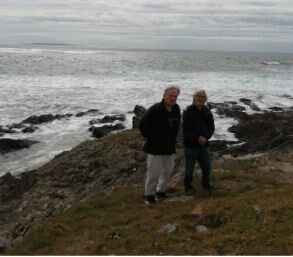 Caherush Castle is closest to the suggested execution site.  As this castle no longer exists, I speculate that it would not have been any bigger than Tromra or Doonbeg, and very possibly, smaller.  Again, making it unlikely to have held a large number of prisoners.

Boetius Clancy’s home castle was Knockfinn (near Doolin). One reference refers to a single Spanish Armada nobleman being held at Knockfinn and executed there.

Doonagore Castle, athough not Clancy’s property may have been temporarily commandeered to hold the prisoners. 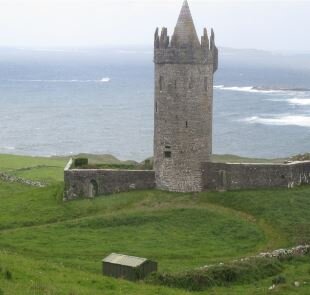 There have been arguments stating that Doonagore and Knockfinn are too far from the execution site, and it would not have been convenient to house the prisoners there. However some historical records show that Spanish prisoners were marched from the Mayo and Sligo coastlines all the way to Galway City to be executed.

It would seem logical for the authorities to record the number of Spanish dead, (drowned and executed) and to bury them relatively quickly.  A mass burial at Spanish Point fits the narrative. The bodies of the drowned would have washed up along the coastline.  How many bodies were buried in the mass grave is unknown.  But even if it was just half the crew plus those executed, that would mean over 200 bodies interred.

The San Esteban sank off Whitestrand, Doonbeg – is there a mass grave there? Did the occupants of the castle at Doonbeg have responsibility for creating a mass grave?

Thomas J. Westropp wrote of a mass grave near Doolin:

‘There were graves called Teampul na Spanigg at two places, one near Doolin and one near Miltown Malbay. I heard the name last, near Miltown in 1887, when the graves were almost obliterated, but could find no trace of it by diligent search in 1908.’

Current tourism literature, links Doonagore to a sinking and the imprisonment, execution, and burial of the Armada survivors.  But these accounts all seem to have a similar narrative, with repetition of the same information.  There is no Armada ship historically listed as wrecked off Doolin, or one yielding survivors.

But is it possible that bodies from the San Esteban and San Marcos were washed northwards by current and wind, and came ashore near Doolin?

Could the following scenario be a possible explanation?

Let us assume that some prisoners were brought to the Doolin area, and imprisoned in Doonagore and / or Knockfinn.  They were interrogated, executed, and the bodies buried in a mass grave, somewhere close to Doonagore – creating another ‘Tuama na Spaineach’.

Meanwhile the prisoners held further south at Doonbeg, Caherush and Tromra are buried near Spanish Point.

If this version of events has traction, here are some possibilities:

If this version of events is at least plausible, then there is perhaps, not one ‘Tuama na Spaineach’ to be identified in Clare, but possibly four!